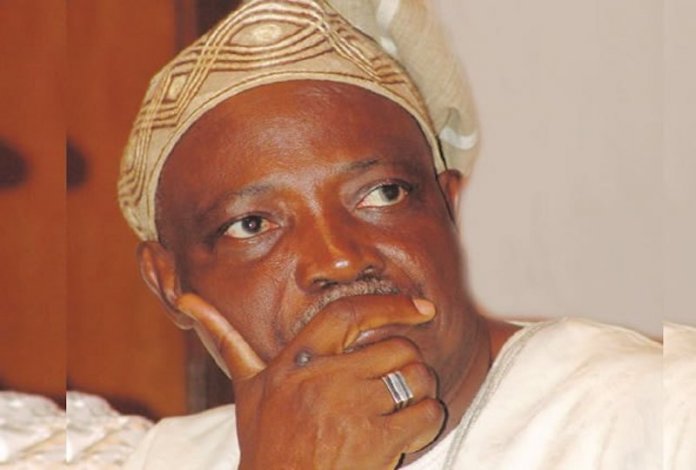 After 11 years trial, reprieve yesterday came the way of former Oyo State Governor, Chief Rashidi Ladoja, as a Federal High Court in Lagos acquitted him of the allegation of N4.7billion fraud levelled against him by the Economic and Financial Crimes Commission (EFCC).

Akanbi was charged along with Ladoja.

Justice Idris who has been elevated to the Court of Appeal, but concluded the trial through a fiat, held that the prosecution failed to establish ingredients of the charge against Ladoja and Akanbi.

Ladoja was re-arraigned by the Economic and Financial Crimes Commission (EFCC), alongside Akanbi, on an 11-count charge of money laundering and conversion of N4.7billion from Oyo State treasury to his personal use.

“EFCC shielded the main culprits from prosecution and meted “absolute injustice” to the defendants.

“I must state that this country cannot sustain the fight against corruption in the manner in which this case has been prosecuted, where those that should be proper defendants to the case are shielded away from prosecution and kept away from facing the law.

“This is unacceptable; this is injustice and this court will not partake in injustice.

“There is no doubt that corruption affects us all; it threatens sustainable economic development, ethical values and justice. Corruption destabilises society and endangers the rule of law,’’ the judge said in a 250-page judgment.

Idris held that there was the need for a fair and just prosecution of criminal cases in the fight against corruption.

“Prosecutors in this fight must be committed to promoting a justice system founded on fairness, equity, compassion and responsibility.

“In the light of all I have said, I find that the prosecution has not established counts one to 11 against the defendants beyond reasonable doubts. “I am unable, in the circumstances, to find any of the defendants guilty on any or all of the counts as charged.

“The first and second defendants are, therefore, hereby discharged and acquitted on all counts,” he held.

He added that the case of the prosecution lacked credible evidence and was full of contradictions, adding that same was poorly prosecuted.

“I have examined 914 tendered documents forensically; if I have to read the entire judgment, we will leave here by 6p.m.; so I will skip some.” The judge added that the prosecution’s evidence was full of inconsistencies.

“The prosecution was not consistent in the amount of money allegedly missing in the sale of Oyo State’s shares; these contradictions were not explained during the trial.”

According to him, EFCC’s witnesses failed to provide credible evidence in the course of trial.

“The highest burden of proof before getting to ‘beyond reasonable doubt’ is of course clear and convincing evidence; the case of the prosecution is too low on credible evidence.

“The failure on the part of the prosecution to prove even one count of several ingredients of an offence means it has failed to prove the guilt of the offence beyond all reasonable doubts,” Idris held.

Evidence in the trial closed on November 17, 2018, while the court adjourned for adoption of addresses.

Parties adopted final addresses on January 21, and the court reserved its verdict.

In the charge, Ladoja and Akanbi were alleged to have conspired to siphon and launder N4.7 billion from the coffers of Oyo State Government.

The EFCC had accused them of converting N1.9 billion belonging to the state for their personal use through the account of a company known as Heritage Apartments Ltd.

The anti-graft agency claimed that they retained the money sometime in 2007 in spite of their knowledge that it was proceed from a criminal activity.

Ladoja was accused of removing 600,000 pounds from the state coffers in 2007 and sent to his daughter, Bimpe, in London.

In addition, the ex-governor was accused of converting N42 million belonging to the state for his personal use and subsequently using same to purchase an armoured Land Cruiser.

NAN reports that the charge against Ladoja was first instituted in 2008.

Justice Idris is the third judge to handle the case after Justices I. M. Sanni and A. R. Mohammed.