The Coalition of United Political Parties (CUPP) has again raised the alarm on what it described as another undemocratic plot by the All Progressives Congress (APC)-led administration to frame the consensus opposition candidate, Alhaji Atiku Abubakar, for alleged gun-running and violence.

The CUPP also expressed concern over an alleged move by the federal government to clamp down on the lawyers of the suspended Chief Justice of Nigeria (CJN), Justice Onnoghen.

The CUPP spokesperson, Imo Ugochinyere, in a press statement said: “The elements of the ruling party have commenced the branding of some vehicles with the colours of the opposition bearing the photos of these opposition leaders and have acquired arms which will be hidden in the vehicles and the vehicles will be driven to join the campaign convoy of the opposition consensus candidate in Kwara, Kogi and Adamawa and other parts of the country where they have also selected.”

“The vehicles will eventually be searched by the police and the arms identified. Their plot will include mobilising thugs and causing violence on the day of such identification so as to tag the opposition as violent,” CUPP alleged.

According to the CUPP, the APC is aware that Nigerians now know their violent disposition, which it said, has trailed their campaigns nationwide, hence their desire to break all the laws to cast the opposition in bad light.

“On poll day, part of their plot include also to use more of these branded vehicles loaded with thugs to disrupt voting and collation in some centres and blame the opposition for violence and disruption of the process which will lead to mass arrest of opposition leaders to give the ruling party an advantage to rig and deny the people the opportunity to give their preferred candidates their mandate,” the opposition coalition alleged, It also alleged that a special security unit being coordinated by the Minister of Interior, Abdulrahman Dambazzau, had already been set up
and had commenced work to execute the plot.

“Their songs of war and plot to rig the elections will be resisted as the opposition Code 20 will neutralise all their plots. APC is already in morbid fear of losing elections and all their shenanigans are like the last futile kicks of a dying horse,” he said.

He called on the security agencies to be on notice that Nigerians will not accept any breach of security being orchestrated by elements of the ruling party disguised in whatever form.

In another development, the CUPP has expressed concern over an alleged move by the federal government to clamp down on the lawyers of the suspended Chief Justice of Nigeria (CJN), Justice Onnoghen.

The coalition also alleged that a senior lawyer in the person of Chief Ogwu James Onoja, a Senior Advocate of Nigeria (SAN), had been abducted by what it described as the federal government’s Economic and Financial Crimes Commission (EFCC) strike team, with his homes and offices raided and the man blindfolded and taken to EFCC detention facility.

The coalition’s spokesperson, Ikenga Ugochinyere, in a press statement, said: “Few hours after the CUPP exposed the evil plot of the Presidency to force the CJN to resign from office at gun point and the threats to intimidate his lawyers, the onslaught has started.”

He alleged that midnight of Wednesday, the home of one of the leading counsel to the CJN, Mr. Joe Agi, SAN, was invaded by agents of the federal government in a criminal and Gestapo style, breaking doors, damaging property and assaulting everybody in sight, “including family members of the learned Senior Advocate of Nigeria.”

According to him, “Presently, family members of the Senior Advocate who was bducted by the invaders in severe body pains do not know his whereabouts.

This attack, as we leaked earlier, is one of the numerous invasions and abductions lined up to ensure that all the lawyers defending the CJN against his persecution by the Presidency are forced out of his defence team and yet another confirmation of the veracity of our sources within the hierarchy of the APC.”

He lamented that the dark days of Abacha are fully here, adding that the life of Onnoghen was at risk.

“The Presidency is on rampage. They have gone berserk. Nothing is off limits for them now. All actions are geared towards foisting the NJC which is scheduled to sit on Monday with a nullity. The life of the Chief Justice of Nigeria, Justice Walter Onnoghen is at risk. If he refuses to step aside from office before Monday, the nod has been given to get him step aside from life,” he said.

Ugochinyere called on Nigerians to rise up before the head is off.

“They only have a few more days. For the Presidency and the APC, they are now in a mood that shows clearly that the 2019 presidential election is now allow me win or you die position. Institutions of state have been compromised and have been recruited to come onboard this ill-fated ambition of a failed Presidency,” CUPP concluded. 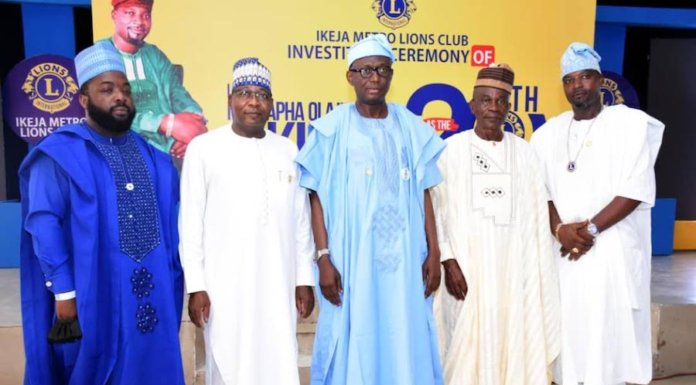