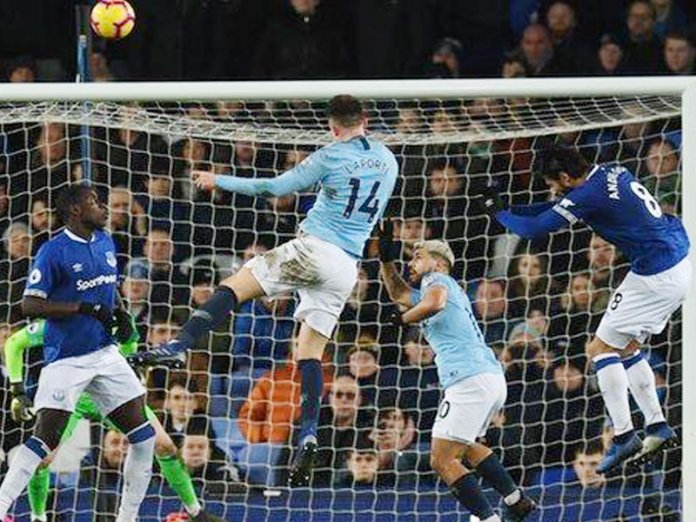 Champions Manchester City returned to the top of the English Premier League for the first time since 16 December yesterday after edging to 2-0 victory over Everton at Goodison Park.

The win means Pep Guardiola’s side take full advantage after Liverpool only managed a draw at West Ham on Monday, moving ahead of the Reds on goal difference albeit having played one game more.

It was far from a vintage display by City, who instead had to show their battling qualities to secure the points and regain the initiative in the title race.

Attention will now switch back to Liverpool, who can return to the summit with victory against Bournemouth on Saturday, 24 hours before City host Chelsea at Etihad Stadium.

Everton stay ninth after suffering a fourth defeat in five Premier League games at Goodison Park, though they should take some encouragement from a resilient display that was a notable improvement on their performances in recent weeks.

Just seven days ago, Manchester City faced the prospect of falling seven points behind leaders Liverpool after slipping to a fourth Premier League defeat of the season against Newcastle the previous evening.

Jurgen Klopp’s side missed that opportunity after drawing with Leicester, and a further draw at West Ham on Monday opened the door for City to return to the top for the first time in almost seven weeks.

Guardiola’s side appeared determined to make an impression at Goodison Park, creating three good chances in the opening 20 minutes.

First Leroy Sane, recalled to the side after sitting out Sunday’s win over Arsenal, fizzed a low shot just wide after three minutes.

Laporte then headed wide from six yards before Ilkay Gundogan struck the bar from close range after more good play by Sane down the left.

City faded after that bright opening but made the breakthrough as half-time approached. David Silva’s free-kick from the left-hand side of the penalty area was headed in by the unmarked Laporte for his first Premier League goal since August.