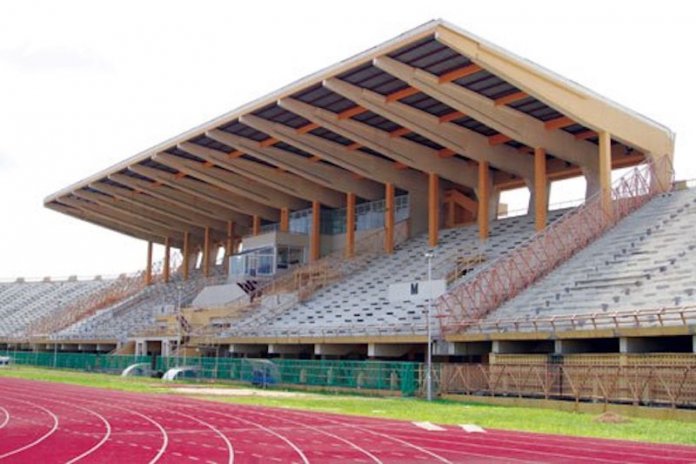 The expected visit of President Muhammadu Buhari to Lagos this Saturday for the grand finale of the All Progressives Congress (APC) campaign has paralyzed activities at the National Stadium in Surulere.

The APC is scheduled to round up the South-west leg of its campaign within the next few days ahead of the February 16th Presidential Election.

Starting from last Saturday, the Department of State Security (DSS) commenced the lockdown of the Sports-city by combing all the nooks and crannies of the facility for anything that may breach security during the ‘Mother of All Rally’ scheduled to hold at the Teslim Balogun Stadium, adjacent the National Stadium.

Only officials with valid identification card of the Federal Ministry of Youth and Sports are allowed entry into the stadium.

Miscreants who usually hang around the facility begging for alms from sports officials and star athletes; sports shop owners and workers; food vendor; and patrons of the two popular bars within the Sports-city, namely, O’Jez and Old Skool have all been shut out as the lockdown has paralyzed social and business activities at the place.

Even sportsmen and women who use the facility for their daily trainings have all been told to go somewhere else till after the visit.

THISDAY checks revealed that not less than N20million must have been lost daily for the period of the lockdown of the facility.

It was also learnt that the open space at the National Stadium is to serve as car park for the thousands of APC top officials; governors from the South-west region; serving ministers and elected legislators as well as their supporters during the rally.

President Buhari’s helicopter is also expected to land at the National Stadium before taking a walk down to the Teslim Stadium for the rally.

It was further learnt that organisers of the rally had considered the National Stadium to host the rally due to its 60,000-seating capacity but the deplorable state of the edifice may have been the reason why they opted for the use of the smaller ground of Teslim.

The Tafawa Balewa Square in Lagos Island used to be another option for mega rally like what Lagos is going to witness on Saturday.

Apart from the sports men and women that have been locked out of the abandoned edifice, many social events and sports clubs that make use of the tennis courts, swimming arena have been forced to look somewhere else till after the rally.