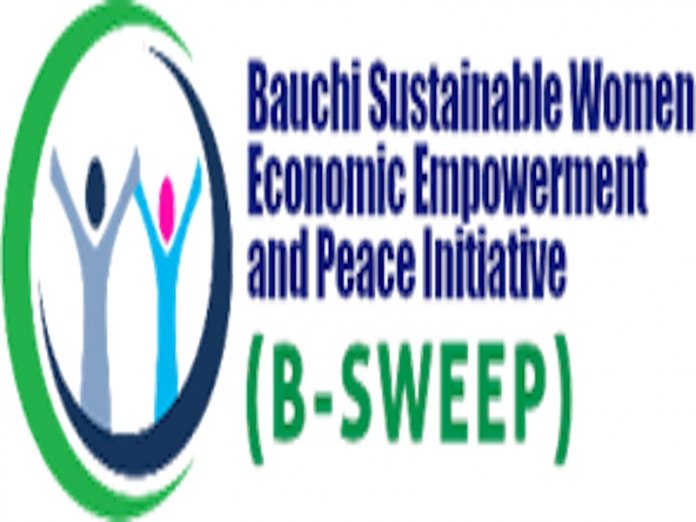 Internally displaced women in camps in Bauchi State are being trained in various skills to equip them for self-sustenance when they eventually return home.

The training, which also takes their minds off the trauma of living outside their natural environment, is being provided by a non-governmental organisation, Bauchi Sustainable Women Economic Empowerment and Peace Initiative (B-SWEEP).

The training is on the production of ready-for-market items that can generate fast and steady income, such as grain processing which they do effectively with the grinding machine and startup capital they are given to ensure sustainability and independence.

According to the initiator of the NGO, who is the wife of Bauchi state governor, Hajiya Hadiza Mohammed Abubakar, “We have empowered Internally Displaced Women because they form part of the vulnerable groups and we want to include them in our programmes in order to support them and reduce their trauma. “We have also trained the same women IDPs on how to do hand woven doormats using local materials. They made them and as a mark of encouragement, we purchased the items from them and we have given them the materials with which they will now go and make doormats.

She said the noble ideals of the NGO are manifest as thousands of women have attested to the fact of its genuine interest in the welfare of women in Bauchi. It has recorded tremendous achievements in the area of economy, health, agriculture and peace as it ensured that women from all walks of life benefited from their various schemes.

One of such schemes is the launching of Micro Entrepreneurship Empowerment Support Scheme (WMEESS) by S-SWEEP for 500 women who are beneficiaries in Bauchi local government area.

“We are also collaborating with another NGO called MAHEMA and Charis Pal Concept to introduce some youth initiatives. The first programme was for 390 beneficiaries both males and females. We trained them in eight different skills which include; aluminum and leather works, sewing, baking, hairdressing and detergent making. At the end of the programme, we kitted the groups to create clusters and encouraged them to form cooperative societies and continue with their skills to make a living.”

She said the second phase of the programme was for 15 people and that they were taught the same set of skills, but that this time around, they shifted emphasis outside Bauchi. “We did one in Giade Local Government and a few others from Bauchi. We also kitted the trainees individually and encouraged them to form cooperative societies so that they can derive some benefits from the government or banks to enable them continue with the trades that they have learnt.

“We have also done intervention in the area of health, like maternal health as a pilot project. We provided delivery kits to pregnant women to support safe and hygienic deliveries in three local governments, one local government in each of the senatorial zones.”

They include Alkaleri in Bauchi South, Nabayi in Bauchi Central and Shira in Bauchi North. We distributed a total of 600 delivery kits to the women to help them have safe and hygienic delivery when they go to the hospital.

They also carried out interventions for children that are malnourished, “because we realised that it is a major problem here. We provided nutritional meals for 1000 infants, and carried out a programme with Bauchi State Agricultural Development Programme (BSADP). We gave them grains which include millet, groundnut and soya beans which they use to prepare infant formula for distribution to the three local governments. We took women to the local governments to demonstrate for other women how they could use the grains to prepare infant formula whenever it is needed.

“That was a pilot programme. Right now, we are preparing for the second round of the intervention. We will take three local governments, one from each of the zones again and do the same intervention.”

In the area of peace, she said “we held a workshop for peace building and peace clubs creation in schools. It is also a pilot programme and we selected 10 schools in the state. During the peace workshop, we invited various stakeholders like political groups, pressure groups, the media, religious groups, traditional leaders and had a one-day workshop where we discussed and created awareness on peace and then emphasised the need for us to maintain the peaceful coexistence within our communities.

“On the second day, we held a workshop for teachers from the selected schools – three from each of the 10 selected schools we invited. We taught them how to organise peace clubs in their respective schools. The whole aim is to catch our young ones early and imbibing in them the idea of peace, while encouraging them to accept our unity and diversity. These include teaching them to learn to live with one another in harmony.

“We flagged off the peace clubs created in the 10 schools and issued them documents of activities, so they will replicate in their schools so that the clubs will grow. We are monitoring them and we will create an avenue where there will be interactions between the clubs, like debating clubs, drama clubs going from one school to another in order to preach and discuss peace.”

Hajiya Hadiza Abubakar told journalists that “The NGO was initiated with the sole aim of uplifting the status of women and complementing the efforts of government. I work with the Ministry of Women Affairs to roll out some initiatives as regards to women, because government cannot do it alone. So, the NGO is to complement my husband’s effort in addressing the challenges faced by women, children and vulnerable groups. This is based on my belief that any meaningful reform in the society must bring about economic advancement for women and youths”.

Hajiya Abubakar said she wants to ensure that her NGO would continue even after her husband left office. “Bauchi Sustainable Women Economic Empowerment and Peace Initiative (B-SWEEP), as the name suggests, has factored the issue of sustainability into the running of the NGO. For that reason, we have a strong board and technical team and we have tried to maintain independence between the office of the wife of the governor, and B-SWEEP as an NGO.

“We intend to provide women with skills to make them independent financially, while in health, we are looking at maternal and child health intervention. One of the other thematic areas is the reintegration of women and girls back into formal and non-formal school programmes and then participation of women in agriculture.”