The race for the Plateau State Rayfield Government House has expectedly gained serious momentum in recent weeks. With the contestants tackling one another in various gubernatorial debates to sell themselves to the electorate, who are now set to make their final choice.

Though it is generally believed that the direction of the gubernatorial election in the state will largely be determined by the outcome of the presidential election on February 16, there are qualities that stand out some of the candidates. Indeed, there are factors that are likely to count against them in the exercise.

Senator Jeremiah Useni, candidate of the Peoples Democratic Party (PDP), for instance, is believed to be too old for the vibrancy that the office of a governor demands. In this 21st century, when youths are being groomed for leadership positions, the likes of Useni should have served in an advisory role, rather than taking up the baton for the race. This is a major factor Useni and the PDP would have to contend with in the election.

Aside from age, he is believed to be battling with failing health that has made him contribute minimally in the Senate, where he has represented his people of Plateau South zone in the past four years. Many believe that if he is elected governor, his running mate, Dr. James Dalok, whose nomination was greeted with several controversies may simply be the one in the saddle.

The PDP is also believed to have made a major flaw in its primaries in the southern zone of the state by presenting the governorship, senatorial, and a House of Representatives candidates from the same local government area, making the other local government areas in the zone express dissatisfaction, and threatening to work against the party and Useni.

In the midst of all these, Useni seems to still command the love and support of majority of PDP members in the state when he won a landslide victory over other contests in the PDP gubernatorial primary. He seems to have some dogged followers that defy all reasoning to support his aspiration.

In addition, the party sent a reconciliation team from Abuja to mediate between members over grievances arising from the primaries. They seem to have adequately prepared the ground for a formidable contest with the ruling All Progressives Congress (APC).

Useni, a retired military general is also believed to have the backing of some Northern and Middle-belt Christians, especially those that have fallen out with President Mohammadu Buhari. They are said to have encouraged him to come up against the incumbent Governor Simon Lalong who is perceived to be playing politics with the lives of the citizens and yielding to Northern agenda against his people of the Middle-belt. If that is true, the support will go a long way to boost Useni’s chances in the contest.

Lalong, who won in 2015 through protest votes is believed to have lost such massive support that came with the wind of change that blew across the country in 2015. The governor has forged a strong alliance with Buhari who is not particularly loved by the people of Plateau state.

Buhari has never won an election in Plateau state, not even in the 2015 exercise. He is seen by the people as an Islamic fanatic and an ethnic bigot who has a hand in the religious travails of the Plateau people. For this reason, Plateau people have never given him any support in all his contests.

In 2015, when the people protested against former Governor Jonah David Jang for not respecting the principle of power rotation in the state by bringing his kindred to take over from him after he had completed his eight years in office, Lalong of the All Progressive Congress (APC) became the beneficiary of the protest when even some members of the PDP mobilized votes for him against, Jang’s candidate, G.N.S. Pwojok in the election. Lalong won, but Buhari lost in the state.

On assuming power, Lalong, unlike his Benue state counterpart, Samuel Ortom, became so close to the President at the detriment of the people he governs.

On many occasions when Plateau farmers were attacked by Fulani herders, the governor tried to narrate away the incidents; not putting blames where they belong. This was the reason aggrieved Internally Displaced Persons (IDPs) pelted his convoy with stones when he visited. Perhaps, that incident triggered him to act more decisively when over 200 persons were killed in Barkin Ladi local government area. Lalong began to threaten to deal with land grabbers terrorising the people of the area.

Political observers are worried that Lalong would rather take such a despicable position against his own people just to win the love of the President for the sake of winning re-election.

Lalong became one of the governors that hastened to accept creation of cattle colony in his state at a time the controversial policy generated heated debate across Nigeria. He had come on air to dismiss Anti-Open grazing policy, and chided Ortom for not having a second thought before passing the law in his state. This pitched him against the people, though his handlers tried to explain it away.

For a people who have suffered all forms of hardship, including gruesome killings in the hands of herders, the least Lalong would have done for them was not to leave them to their fate in pursuit of political gain. This may count against the governor in the election, as the people have asked him to go and get his votes from the President who he owes his loyalty. For this same reason, he has been accused of governing from Abuja.

But the Commissioner of Information, Mr. Yakubu Dati tried to justify Lalong’s closeness to the presidency. He said, while it was not true that Lalong governed Plateau from Abuja. He stressed the importance of getting the support of the federal government to complement the efforts of the state government towards bringing development to the state.

Dati said: “Governor Lalong, well aware that the state stands to benefit from interfacing with other tiers of government has not shied away from taking the Plateau project to a higher level and exerting his skill of persuasion as a lawyer  to attract attention and development to the state.

“That is why in less than two years after he assumed office, Governor Lalong has been able to complete the projects abandoned by the former administration, clear the backlog of seven months salaries, pension and gratuity left by the Jang administration, reopened the fertilizer blending plant and Plateau State University, revived the Highland Bottling Company, Panyam Fish Farm, supply tractors and fertilizers to farmers and achieve sustainable peace in the state.

“These are welcome departure from the tenure of Jang when, due to lack of capacity and inability to interface beyond clannish cleavages, the state was thrown into needless crises to the extent that many agencies and parastatals of the federal government with presence in the state were being relocated to other parts of the country.”

Though with minimal performance in terms of infrastructure, Lalong has been reputed as one of the few governors who have lived up to date with payment of workers’ salaries. Aside from also clearing the outstanding salaries left behind by preceding administration, he has also paid gratuity and pensions. This has endeared him to civil servants which constitute a reasonable percentage of Plateau population.

The governor has also created chiefdoms and given first class stools to some deserving communities in the state. This will in no small measure promote his aspirations as the benefiting chiefdoms may vote for him in appreciation.

The governor also enjoys the support of the proverbial ‘federal might’, and that may come to play in the election. It is generally believed that if President Buhari clinches the Presidential seat on February 16, Lalong’s victory is as sure as the sunrise.

On the flipside, Atiku’s victory would also definitely upset the governor’s calculations. So, the outcome of presidential election will impact directly on Lalong’s re-election.

General Jon Temlong, the gubernatorial candidate of the Action Democratic Party (ADP), who is also a kinsman of Useni, is believed to have been sponsored by Lalong to ruin the chances of Useni by dividing the votes of the Tarok tribe. But a Tarok stakeholder has dismissed that as a poor calculation by Lalong as according to him, Temlong does not have the capacity to upset Useni’s victory.

On his part, Temlong has also denied being a tool in the hand of Lalong. He said he has what it takes to be the Governor of the state going by his antecedents in the military. He also pledged to restore total peace to the state, particularly between the farmers and herders. Going by his testimony, Plateau people are gradually tilting towards him.

The candidate of the Alliance for New Nigeria (ANN), Mr. Alex Ladan, a vibrant youth with much energy recently swept opinion polls on social media. Though a political greenhorn, Ladan appeals more to the youths in the state; they would rather go for him than following the old brigade who have not lived up to their promises.

It is believed that going by the increasing support he commands on the social media, and considering the population of the youths in the state, he might spring surprises in the election. Only time will tell.

Lieutenant Commander Jerry Ishaya Manga, candidate of the People’s Party of Nigeria (PPN) is about the only candidate from Plateau Central senatorial zone.

Going by gentleman agreement of power rotation on the Plateau, the Southern zone is expected to produce the next governor, but the retired Navy General sees power rotation as unconstitutional and breeding mediocrity. He believes the quality of a candidate should speak for him and not the zone from where he hails.

His military background will count for him if he becomes governor, especially in tackling the hydra-headed crisis that has bedeviled the state in recent past.

Though he has a brilliant blueprint to tackle the challenges in Plateau, the tenacious belief of the Plateau man in power rotation may mar his laudable aspiration.

With the elections now a few weeks away, each candidate tries to outsmart the other with their campaign activities. The electorate on their part are aligning and re-aligning with political parties, depending on the policies sold to them by the candidates and their supporters.

Their relentless cry, however, is that the process be allowed to go peacefully, and also for their votes to count. 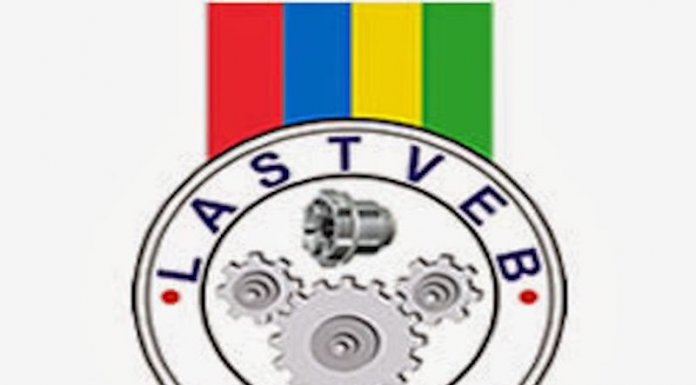