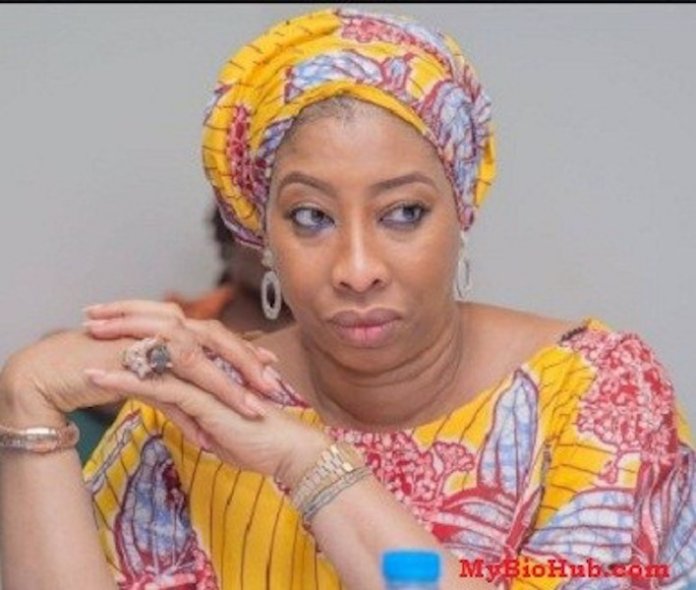 In the wise sayings of the Yoruba, a woman with whom one has a child is no longer just another ex. In the women-filled world of serial polygamist-cum-billionaire businessman, Musa Danjuma, this aphorism does not hold much water. Back in his younger, wilder days when he sowed his oats wherever he found himself, Musa dated Hon. Nnenna Ukeje who would later become one of Nigeria’s brightest female lawmakers. Together, they sired a son, Hamman, before life happened to their love and it went cold. The couple went their different ways, and into different relationships, but, by chance, are now both single. Why can’t they get back? The reasons are legion.

Musa, the younger brother of Retired General T.Y Danjuma, is a serial divorcee who has been married a record five times. His last legal wife was the spasmodic actress with a drool-worthy derriere, Caroline Danjuma; they had three kids together. Within one year of Caroline’s exit, there had been many other women like Daniella Allen and Yina, a 20-something-year-old half-caste.

A three-term legislator, Nnenna, whose mother is a retired High Court Judge, was first elected in 2007 as the Representative for Bende Federal Constituency, Abia State, during which she served as the Chairman for Foreign Affairs Committee. Brilliant and beautiful, Nnenna would later catch the eye of a colleague in the Hallowed Chambers with whom they also enjoyed a robust relationship before Senator Andy Uba reportedly came into the picture and swept her off her feet. Many years have passed, Nnenna remains a sought-after legislator in the House of Representatives but remains single.

She gave love a chance a few times but didn’t quite get what she wanted. While she may not have closed her mind to still settling down one day, it is not clear however if there is any love interest lurking in the corner. Incidentally, her former paramour and baby daddy is still busy playing the fields and does not look like one who wants to give marriage a sixth shot. Even if he did, how long can he stay married?