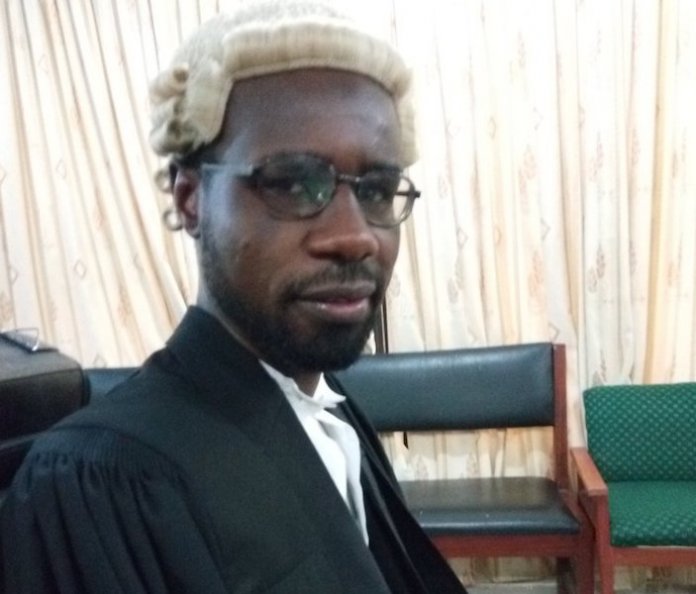 Following your recent appearance on Kadaria Ahmed’s widely-televised programme, The Candidates, I write to raise some issues regarding your response to several questions on the viral video clips allegedly showing Governor Abdullahi Umar Ganduje of Kano State receiving bribe from contractors.

Sir, what stood out to me in your answers that you “can’t understand” the extent of the “technology” used in the clips and that you are counting on Kano State Assembly (KSHA) and the Kano State High Court (KSHC) to provide you with the answers you and every Nigerian want before you go to Kano for your election campaign.

With profound respect, Your Excellency, these statements left me with only one conclusion: that you have been utterly misled by those people you appointed and trusted to guide you. Contrary to what you have been made to believe, the issue of investigating the clips is not in court and it is not before the KSHA. The whole world is now waiting for you to act. I will explain my assertion below.

Sir, there is currently no ongoing investigation on the said clips at the KSHA and no pending suit on the investigation. Immediately after the videos went viral, the KSHA instituted an ad hoc committee to investigate the allegations. The committee held public sittings to which it invited Jaafar Jaafar – the journalist who first released the videos – and he honoured the invitation, testified before the committee and made copies of the clips available to it. I was specially moved by the fact that Jaafar arrived the venue with a copy of the Qur’an and he testified while hanging it; the same Qur’an you swore-on on the 29th of May 2015 that you will, among other things, fight corruption “without fear or favour, affection or ill-will”.

Next, the committee invited Governor Abdullahi Umar Ganduje. But Ganduje failed, refused or neglected to appear before it. Instead, he sent his Commissioner of Information to represent him. Predictably, the representative could not offer any convincing explanation not least because he was not there when the alleged facts took place. He merely denied the content of the video and cast aspersions on the personality of Jaafar Jaafar. To recap this point, Jaafar has honoured the committee’s invitation and testified, but Ganduje failed to appear. Doesn’t that tell you anything Sir?

But the worst for Ganduje was still to come. Few days after he refused to appear before the committee, the whistle-blower who shot the video and who was initially hesitant to testify volunteered to appear before the committee if his security and safety could be guaranteed. Furthermore, the committee started making moves to appoint experts to analyse the videos. These developments chilled Ganduje and his team to the marrow. The next thing we heard was that a group of self-styled, unregistered lawyers has instituted an action asking the court to stop the KSHA from investigating the videos. The court first restrained the committee and later pronounced that the KSHA has no power to investigate the videos as they contain criminal allegations. It further declared that it is the function of such agencies as the police, the EFCC and the ICPC to investigate the allegations and that the videos should be submitted to them. Thus, the court has already ruled that the KSHA lacks power to proceed, and then threw the ball to the court of these agencies, all of which are under your watch. So, the matter is not in the court. It is not in the KSHA. Consequently, you unfortunately cannot find the answers you are looking for from the KSHA or from the court. Surprisingly, the EFCC, ICPC, NPF and the DSS have refused to act and they are all under you. Thus, the ball is now in your court, Mr. President.

Your Excellency, permit me to now turn to your statement that you don’t know “the extent of [the] technology used” in the clips and you “can’t understand it”. Mr. President, I believe you a hundred-and-ten per cent that you don’t know the extent of the technology used, but I state, with profound respect, that you can understand it if you wish to. Qur’an 16:43 teaches us to “ask the people of the message if you do not know”. Sir, the only thing needed for you to understand the video is for a forensic investigation to be carried out on them. This investigation would reveal whether the clips are genuine, doctored or fake. Today, Allah has put at your disposal every investigative agency in Nigeria: the DSS, the NPF, the EFCC, ICPC, name them. Sir, you simply need to ask them to investigate and brief you so that you may understand “the extent of [the] technology used.”

But you do not even have to ask and wait for forensic investigation to be conducted because the EFCC has already done one. This is according to its acting chairman, Mr. Ibrahim Magu and all you need to do is to simply direct the EFCC chairman to brief you on their findings. On 23rd November 2018, Mr. Magu told me in the public at Queen Mary University of London that his team was in London to, among other things, conduct forensics into the clips. But upon completion and return to Nigeria, he kept mute on the issue. I suspect that what he found is against Ganduje. Otherwise, he would have publicised the result and the police would have arrested and prosecuted the journalist and the whistle-blower.

Sir, I do not need to remind you that in 2015 you campaigned on the back of three key promises – fighting corruption, unemployment and Boko Haram – and I understand that you are riding on the same promises today. The millions of Nigerians and I who not only voted for you in 2015 but also voluntarily worked for your election to the last atom of our strength did so because we believed that “if we don’t kill corruption, corruption will kill Nigeria.” On the 29th of May 2015, you swore on the Glorious Qur’an saying I “will to the best of my ability preserve, protect and defend the Constitution of the Federal Republic of Nigeria”. Section 15 (5) of the constitution mandates you to “abolish all corrupt practices and abuse of power” in Nigeria.

Mr President, the duo of Jaafar Jaafar and the whistle-blower who did their best to complement your efforts in the fight against corruption, are bearing the brunt of your administration’s undoing. While Jaafar is facing a N3billion “defamation” suit, the business interest of the contractor who filmed the videos is on a knife edge. The ongoing contracts being executed by his company have recently been revoked by the state government. It goes without saying that this is counter-productive to your whistle-blowing policy as people will rather remain silent in the future.

Finally, Mr. President, as you rightly stated in your response to Kadaria Ahmed, this issue, to borrow your words, has “received a lot of publicity” and “the world is [now] watching us”. You are the president whose duty is to lead. If you keep complaining that you can’t understand, what do you expect ordinary Nigerians to do? This will only continue to erode public confidence in your government as you are telling the world that you are not in charge.

Your Excellency, your actions or inactions on fighting corruption in Nigeria will surely be written in history books and taught in history classes and this case is a litmus test.

Bukarti, a Ph.D candidate at SOAS, University of London, is human rights and anti-corruption lawyer