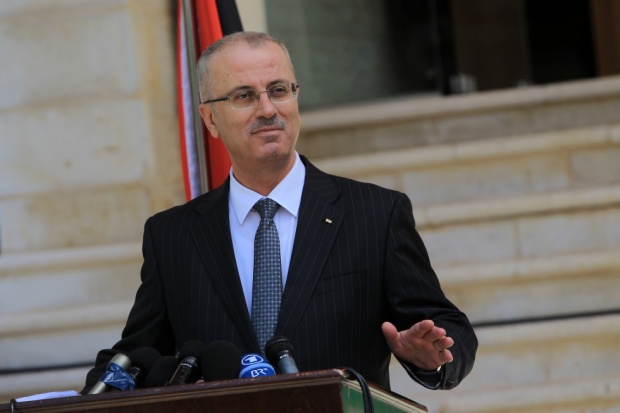 Palestinian Prime Minister Rami Al-Hamdallah on Tuesday said he tendered his resignation and that of his unity government to President Mahmoud Abbas, local media reported on Tuesday.

The resignation has, however, dealt a blow to faltering reconciliation efforts with Gaza’s Islamist Hamas rulers.

“The government would continue to carry out its duties until a new one was formed,’’ an official statement issued after a weekly cabinet meeting, read.

Al-Hamdallah was born in Anabta, in the Northern West Bank, in 1958.

He became Palestinian prime minister in June 2013, following the resignation of previous incumbent Salam Fayyad after six years in office.

He has long been seen as a moderate in Palestinian politics.

In a 2013 Haaretz profile, Barak Ravid noted that Al-Hamdallah’s appointment as prime minister was akin to a suicide mission, describing the post as “the most ungrateful job in the West Bank.

“A decade ago, in 2000, he experienced a personal tragedy when his three children were killed in a car accident.

“He managed to overcome the blow and continue his work at An-Najah,” Ravid wrote.