Mr. Yabagi Yusuf Sani, Presidential Candidate of the Action Democratic Party (ADP) is one of the leading lights in Nigerian politics and business. Born on July 1, 1954 he attended East Primary School, Bida and Technical Secondary School, Kotangora, Niger State. He later proceeded to the Institute of Technology, New York, USA.

Since his graduation and completion of the mandatory one year National Youth Service Corp (NYSC) in Nigeria; he has been a key player in the Nigerian oil and gas sector where he has helped the government of Nigeria in the development of innovative schemes and strategies to block leakages in the ever porous sector.

For several years, he was the head consultant to the federal government on the review of export guidelines for oil and gas and on the pre-qualification and appointment of oil and gas pre- Shipment Inspection Agents. He has also been a consultant, working directly under Nigeria’s presidency in the following areas:

the Nigerian Extractive Industry Initiative (NEITI), Upstream and Downstream Hydrocarbon Measurement and Handling Study to determine amongst the reliability of information and data produced by the industry.

Sani thinks Nigeria is at crossroads and needs urgent intervention through introduction of innovative governance modules to revitalize critical sectors of the economy.

Agriculture use to be the mainstay of the Nigerian economy until the discovery of oil in the commercial quantity. Agriculture then was relegated to the background to the detriment of the nation. Luckily however, Nigeria is still blessed with diverse agriculture potentials which the government of Yabagi will exploit to grow the economy.

In the agro-business, there are a lot of arable lands; over 33% of the lands in Nigeria are still very arable. So we are hoping that this can actually trigger the transformation we need. We will initiate cottage industries in the 774 local governments in the country to help process the agriculture products into a level of finished goods that will can export to gain Foreign Exchange. We will also embark on massive mechanization of agriculture and improved seedlings, including new farming methods, provision of fertilizers and provide credit facilities to farmers as it is done in India.

The Power sector has been in comatose generating only 10,000 megawatts of electricity for a population of 198 million people. The strategic sector of the nation’s life has been decrepit owing to poor investment and policy somersault and administrative inconsistencies.

The Yabagi government will build new generation plants, whether thermal or hydro, and rehabilitate existing ones to increase Nigeria’s capacity. We will review the entire industry legal and regulatory framework to ensure market viability as well as well as boost power generation transmission and distribution. At the moment generating capacity is at 10,000 megawatts while transmission is barely at 5,000 megawatts. This is a serious shortfall for a country of nearly 200 million people. So, our solution will be to deepen investment in this sector and change the obsolete transmission equipment that has made it inefficient.

We will embark on massive rural electrification projects to provide electricity access to at least 100 million Nigerians currently without access to grid electricity.

The Yabagi government will give NERC more powers to perform their regulatory functions and above all improve the commercial content of the industry to enable more investors have confidence in the sector.

Nigeria has in recent years been stampeded by a combination of the devastating Boko Haram terrorism especially in the North east of the country with huge consequences. Today 1.7 million people have been displaced in the north east following the Boko Haram insurgency. Nearly 30,000 lives have been lost since the insurgency began in earnest in 2009.

In addition to the menace is the rampaging killing and destruction of farmlands by the Fulani herdsmen across the Middle Belt. Then there is the scourge of armed robbery, kidnapping, ritual killing that have become so pervasive in the country. These negative vices are consequent upon number of factors including high rate of unemployment, especially among the youth, illiteracy, extreme poverty, corruption, poor governance, politics of exclusion, ethnic and religious bigotry.

The policy thrust of the Yabagi government will be to overhaul the security architecture of Nigeria and give the security agencies motivation. We will increase the number of policemen and pay them well to do their work better. Our military will be equipped with sophisticated weapons to defend the nation and the Immigration and Customs will be reoriented to secure our borders and our territorial waters.

It was quite pathetic that Nigeria has lost over 10 million jobs in the last three and half years. The GDP growth has plunged to 1.5%, inflation is now 11.26% and Nigeria is today the poverty capital of the world with 88 million of its people living under the poverty line.

The Nigerian economy has the capacity to increase the minimum wage to at least N100, 000.00 to the least paid worker in Nigeria, we have the capacity. Nigeria is number six among the crude oil exporting countries in the world; number three among the gas exporting countries in the world; Nigeria has the largest population in the continent of Africa. Nigeria is considered among the next frontier with large natural resources deposit; a country that has the youngest population, the youngest workers and the youngest human capital base.

With that kind of potential, Nigeria can ill afford to be paying N30, 000.00 to its workers, that is way too small. The Sani administration have strategic plans to grow the economy, so that we can pay our workers at least N100, 000.00 minimum or more.

On job creation, one of our policies is that we must have cottage industries in each senatorial district. If you go to any state in this country, you will find either of the following, cash crop, solid minerals, oil and gas deposits, or something that the state can export and earn foreign exchange. That is what other developed economies that we are trying to follow today in SMEs has done. We can create 5 million jobs per annum in this country. Why? Because the agriculture potentials of this country is unmatched by any country, our GDP can grow at a faster rate than even America that has 70% of their GDP from agriculture.

Nigerian people are hard-working but they need to be more creative and imaginative ways of exploiting and harnessing their energy and that is where we will come to back them with job driven policies. We will energize the entrepreneurship development and invest massively in the SMEs with active and controlled collaboration with the private sector to boost job opportunities. This is the only way we can forestall the crisis in this sector.

The records are ugly such that Over 2 million new job seekers have entered the labour market each year, which indicates that the level of unemployment more than tripled in less than a decade: from 5.1% in 2010 to 18.8% in 2017. Unemployment even hit the women and the young people more which pegged at 33% just like the inadequacy of skill labour is as high as 70%.

So we will do massive investment in human capital such that training, skill acquisition will gulp the 10% of our budgetary allocation and go into reflating economy. The ICT training is paramount in this era to prepare the Nigerian youth for the increasing challenges of the modern time. Creating jobs and economic opportunities for these people are critical to engage the people and reducing the temptation to criminal and violent conflicts.

We will support and build cottage industries that have great potentials to increase the prospect and improve the entrepreneurial class especially. And with partnership with the private sector we will provide skills acquisition and vocational and entrepreneurial training. We will recalibrate the training programmes specific to some specialized skills relevant to certain sectors and by so doing we are certain to provide five million jobs annually.

To entrench strong and effective governance module anchored on the tenets of democracy where freedom of people will be paramount in determining the acquisition of power and how it is exercised. It will provide new order that will work for the security of the people and provide enabling environment for them to nurture their dreams and realize their full potential. 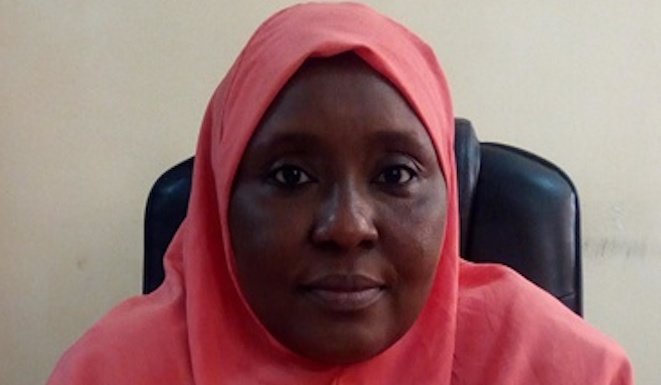