On the campaign trail recently the promise of allowing the Naira to float was heard. It therefore became imperative that those who know should intervene now. Amongst my Asaba people there is this saying that you must drive the black goat inside the house before it is dark otherwise you might experience some difficulties wanting to do so later.  If you like as we say, ‘Shut the stable door before the horse bolts away.’ This is the spirit which informed the present intervention.

When you float a currency to ensure that we are all on the same page, you literally allow unfettered market forces to determine the value of the currency. The question to ask upfront is: is there any currency in the world the determination of its value is left entirely to market forces? I don’t think so. What matters is the degree of freedom the market enjoys in the determination of the rate of exchange. Most monetary authorities around the globe are usually on standby to perform Open Market Operations as they buy and sell the currency for the purposes of the determination of targeted exchange rate. To buttress this point we witnessed Donald Trump America recently issuing threats to the Chinese that they risk retaliation if China continues to manipulate the fundamentals of its economy with a view to gaining balance of trade advantage.

The value of the Naira today is not fixed. It is determined by a variant of floating methodology referred to as managed float. And therefore talk of floating the naira with the claim that the way and manner the exchange rate has been determined is part of the country’s problem is open to debate. Probably it is useful to put discussions in context by recalling the experience of the country over the years as it experimented with allowing market forces free reign in the determination of the rate of exchange. The first major attempt in the history of this country to embrace market forces wholesale goes back to the introduction of Structural Adjustment Programme (SAP) in 1986 at the behest of the International Monetary Fund (IMF) during the Babaginda regime.

SAP then was introduced aimed at a diversification of the economy through aggressive promotion of non-oil exports to reduce the unwholesome dependence of the country on the extractive sector particularly oil for a dominant portion of foreign currency earning as well as to optimize the allocative efficiency of market forces. One area where the impact of this programme was immediately felt was on the determination of the rate of exchange. It is on record that overnight the rate of exchange of the naira was depreciated from 22 to 86 naira to the dollar. This action unleashed unimaginable level of distortion on the economy as price of products suddenly skyrocketed causing runaway inflation. To compound the situation at the same time an official window was left open at the rate of exchange before the SAP-induced devaluation at 22 naira to the dollar for official transactions, providing a rent seeking opportunity which most economic agents in proxy position to access foreign exchange at this rate thoroughly abused as round tripping became the order of the day. What is more since this experience the value of the naira never appreciated again even if one should not make so  much about the notional rate of exchange of a currency since what is paramount is the productivity within an economy.

Sometimes memory is short. It is a matter for the records that in the life of this administration similar attempt was made to loosen controls following the persistent call that that is the preferred route to managing the value of the naira with the monetary authorities called all sorts of names including being clueless and incompetent. The Central Bank then decided that it was going to allow the forces of demand and supply determine the rate of exchange and was going to standby to intervene if the trend is going out of hand. What happened should be very fresh in our memory. The value of the naira depreciated rapidly and was heading to N500 to the dollar compared to the extant 158 when the panic button was hit and the depreciation was halted where it is today. If immediate and urgent steps were not taken then, the rate of exchange could have gone out of control by now.

We must commend the Central Bank under this administration for the feat it recorded for this stability to be achieved. Since then the CBN took other measures that facilitated the stability we are currently enjoying including the accretion to our reserves. One laudable ingenious approach was the opening of the Exporter/Importer Window which literally allowed exporters and importers to agree without interference the rate at which they were ready to transact with the banks only providing a platform as well as guaranteeing the transaction. This window contributed in no small measure to the reduction of pressure on the country’s reserves as it facilitated trade flows and therefore productivity.

Another aspect of foreign exchange management today which has been decried is the question of multiple exchange rates in the economy. But the reality is that for as long as we have various windows for accessing foreign exchange including Bureau de Change and the parallel market, the rates at these different markets can never be the same. But the rates at these other market should not be of so much concern as they lack the volume to cause major distortions. But certainly as soon as practicable we must move to unify the rates at the official market. We have so far retained the problematic dual rates which our experience hitherto certainly informs us that that is not the way ahead.

The question of the 42 items now proposed to rise to 50 denied access to official foreign exchange by the CBN is another policy measure for which the CBN had received a lot of flak as in the thinking of free market economists it offends the fundamental tenets of free trade. But as we observed earlier even America was recently at logger heads with China as it complained of the manipulative tendencies of the Chinese to gain balance of trade advantage. The Central Bank faced with the challenge of dwindling foreign exchange inflow could not have sat idly by to witness the depletion of our reserves on frivolous importations. These imports are frivolous to the extent that local capacity exists for their production. And the authorities must be seen to rise to the challenge of protecting local production and jobs and also the balance on the reserves. Even some of these items are intermediate products as claimed by organized bodies, it is beholden on them to convince the authorities as the task of moving this economy forward must be seen as a joint effort of all stakeholders. It speaks volumes as to the resilience of the authorities at the CBN that they were able to ride the barrage of criticisms from particularly organized trade associations as the bank stood its ground on the policy.

As the tenure of the current Governor of the Central Bank expires in June and the battle for a successor intensifies, it is in order that we should sound a note of warning that the apparent stability we have now enjoyed must be jealously guarded, protected and not be taken for granted. We must also caution against the policy of devaluation as an economy without an acknowledge export base is not in position to optimize the opportunities inherent thereto. This country is in urgent need of sustained growth and development which certainly is not supported by any measure by macroeconomic instability mindful of the fact that at the end of the day when the time of reckoning arrives, the managers of the economy would be called to account for the fact of the extent of deterioration on macroeconomic fundamentals. 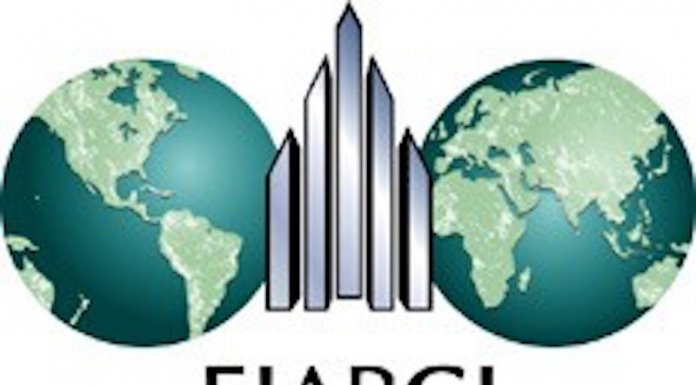