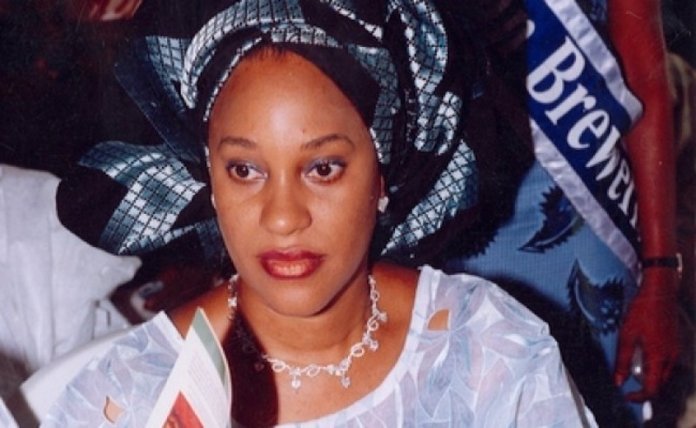 Just as the droopy rose fades off the green meadow, Roli has virtually faded off the social scene. There was a time when love and profit went hand in hand in the marriage of Roli Adeniyi-George and former People’s Democratic Party (PDP) chieftain, Bode George.

For the duo, wedlock unfurled like the lush and picturesque glade. There was a lot of profit involved. Roli, who married Chief Bode George as a trophy wife appreciated in wealth and status particularly during the administration of former President Goodluck Jonathan.

Her marriage to the PDP chieftain proved to be a well-thought out venture with attractive dividends. Her marriage to Bode George saw her bag two federal appointments within three years while Jonathan was president. It will be recalled that in 2011, she was appointed as a member of the National Population Commission (NPC) representing Lagos State; an act that pitted the Lagos State Government against the Federal Government because the former claimed that it was not consulted before the appointment was made.

Roli later got appointed as the Director-General (DG) of the National Drug Law Enforcement Agency (NDLEA). But ever since she got booted out of office by the incumbent administration of President Muhammadu Buhari, Roli, had been discomfortingly quiet. The former DG who maintained a showy public presence has since gone underground. She jealously keeps a low profile at the moment.

According to them, Roli secured the appointment under Jonathan due to her husband’s position within the PDP which was the ruling party at the time. Some other people argued that Roli understood that it was in her best interest to keep a low profile. Or have you seen her lately?