The Executive Secretary, FRC Mr. Daniel Asapokhai, whose team was hosted by BPSR, noted that the council was a regulatory agency of the federal government established to promote trade and investments in Nigeria. According to him, FRC sought to promote these by high quality reporting and by good corporate governance, because these two will surely create trustworthy business environment, which is very desirable for both the private and public sectors.

Asapokhai, in a statement signed by Deputy Director/Head, Strategic Communications Department, BPSR, Mrs. Philomena O. Oshodin and issued after the meeting , expressed delight at the willingness of the council to work with the bureau in the interest of better service delivery in the country.

He decried the limitation of the FRC of Nigeria to effectively carry out its activities as it was removed from the federal government budget line, and it is now self-sustaining.

According to him, the council’s source of revenue generation is solely tied to fines and penalties got from defaulting organisations, which is grossly inadequate because FRC focuses on the benefits of doing what is in the code, so corporate bodies that don’t default cannot be fined.

The Ag. Director General BPSR, Mr. Ibrahim Dasuki Arabi, BPSR informed the team that the Bureau developed the National Strategy for Public Service Reforms (NSPSR) as a coordinating strategic framework for public service reforms and that the Bureau as the engine room of reforms, renders consultancy services to Ministries, Extra-Ministerial Departments and Agencies (MDAs) using Nigeria’s Development Partners to achieve their aims.

Arabi enumerated successful interventions the bureau had carried out to include: “The Institutional Strategy study on the National Human Rights Commission; the Police Service Commission-Reform of Federal Special Anti- Robbery Squad (F-SARS), Tackling Youth Unemployment in Nigeria among others. The DG also informed that the Bureau has developed the Self Assessment Tool (SAT) as an on line tool assessable through the BPSR website.”

Arabi also informed the delegation of the induction programme, which the bureau started last year for board members of commissions/agencies and CEOs that has been institutionalised. “The outcome of these induction programmes had been very revealing and rewarding.”

The SGF, Mr. Boss Mustapha, gave additional details on the roles, responsibilities and limitations of the board members/CEOs. The Bureau carried out the institutionalization of the Freedom of Information Act (FOI) which is a veritable tool for fighting corruption in the system. He revealed that in line with the constitution, the public service rules are supposed to be reviewed every five years. According to him, this is being handled by the Office of the Head of the Civil Service of the Federation.

Mustapha also said the BPSR was currently working with the Office of the Vice President on the review of the Oronsaye White Paper. 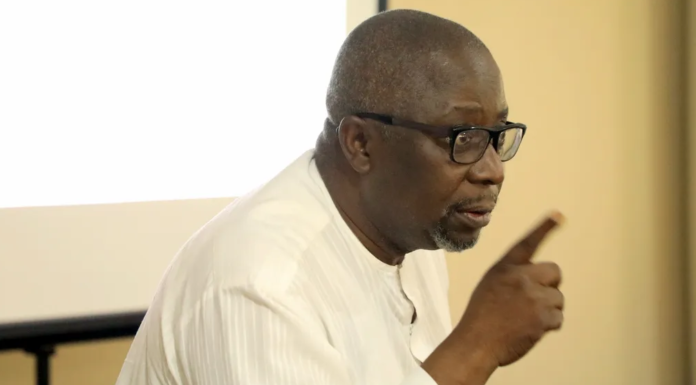