The Minister of Power, Works and Housing, Mr. Babatunde Fashola has demanded N1 billion from the Managing Director of Sunrise Power and Transmission Company, Mr. Leno Adesanya for allegedly making uncomplimentary remarks on his person.

This was revealed in a letter dated January 18 and written by Uwensuyi-Edosomwon Chambers on his behalf, claiming that different statements made by Adesanya in newspapers and online platforms maligned the reputation of the minister.

The letter claimed that Adesanya had sponsored several media publications against the minister and petitioned President Muhammadu Buhari, urging him to intervene in the matter.

The letter said Adesanya’s words and messaging contained in various publications both in newspapers and online news portals discredited the minister as both a Senior Advocate of Nigeria (SAN) and as a minister of the Federal Republic of Nigeria.

Specifically, according to the letter, Adesanya had in one of the publication said in Fashola’s quest to stop the Mambilla project, he had discussed and encouraged the Chief of Staff to the President, Mr Abba Kyari to remove Sunrise Power and Transmission Company Limited from the project.

The letter said the minister advised Kyari that Sunrise should “to go to court if the company felt aggrieved, knowing full well that any litigation would affect the ability of the federal government to fund the project.”

The letter listed libelous statements credited Adesanya as follows: “Your said interview to the press on the above subject was malicious and reckless with the sole objective to mislead the public.

“As a Senior Advocate of Nigeria (SAN), you must stop peddling falsehood and check your facts before you open your mouth to speak. The Law profession is for honourable and honest individuals and being a senior advocate requires more.”

The letter reads in part: “Your publication was calculated to injure Fashola’s reputation in his profession and office both as a respected Senior Advocate of Nigeria (SAN) and minister of the Federal Republic of Nigeria.

“The venom with which you hauled libelous words at the minister in the referenced publications brooks no doubt in your manifest intention to gravely damage in his credit and reputation.

“Our instruction is to make the following demands from you. You shall make a complete retraction of the offending publications that were published as advertorials in all the tabloids and online news portals in which they were first published.

“Such retraction shall be crafted in adequate words and contrition. You shall tender a properly worded unreserved apology for the libel in all the news tabloids and online portals. Our office must first see and vet the apology for adequate remorse before publication.”

Failing to meet these demands, the letter asked Adesanya “to pay N1billion to our said client (Fashola) through our office as pecuniary compensation for your reckless and mindless injuries to his reputation and credit.”

If these demands are not met within 14 days, the letter said the minister would be forced to initiate full legal proceedings against Adesanya in order to regain Fashola’s libeled and maligned character and reputation through the judicial process. 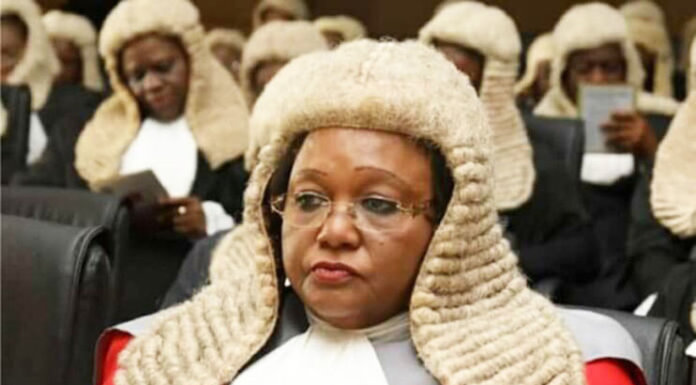