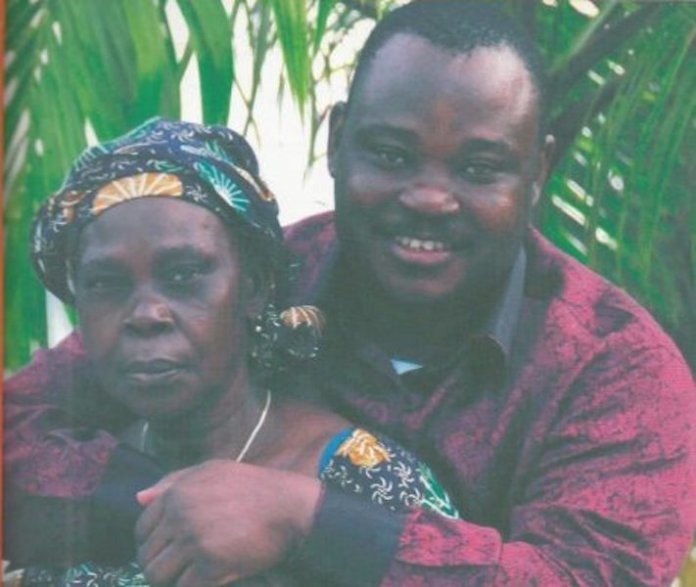 Even from the aperture of his eyes, you could feel the dimple of sorrow. From the look of things, it may take more than passage of time for the wound to heal.

Some days ago, the tragic news of Jimoh Ibrahim’s mother, Theresa Jimoh, burnt to death right inside her bedroom went viral. As the story goes, the fire, which broke out at Road 3B8 Victoria Garden City (VGC), Lekki residence, where she lived was said to have been caused by a lit candle. Eyewitness account said the 78-year-old Omofemiwa Jimoh lit the candle for prayers. However, the Lagos State Emergency Management Agency (LASEMA) said the fire was caused by a power surge.

While there have been some suggestions that her death was a spiritual attack, her kith and kin insisted it was just a tragic accident.

According to a statement from her last child, Dipo Jimoh, the Chairman of Barama Energy Resources, “In respect of Mrs. Theresa Omofemiwa Jimoh’s death, Dipo Jimoh (last child and the closest son of the late Mrs. Theresa Jimoh), who is the MD/CEO of Barama Energy Resources debunks reports that the deceased died as a result of candle fire. I also debunk reports that her remains were deposited in the morgue by Lagos State Emergency Management Agency.

I promise to face any heavyweight individual or group who plans to misinterpret or confuse the populace about the root cause of my mother’s death. My mother died as a result of family complications and mismanagement. Full details later.’’