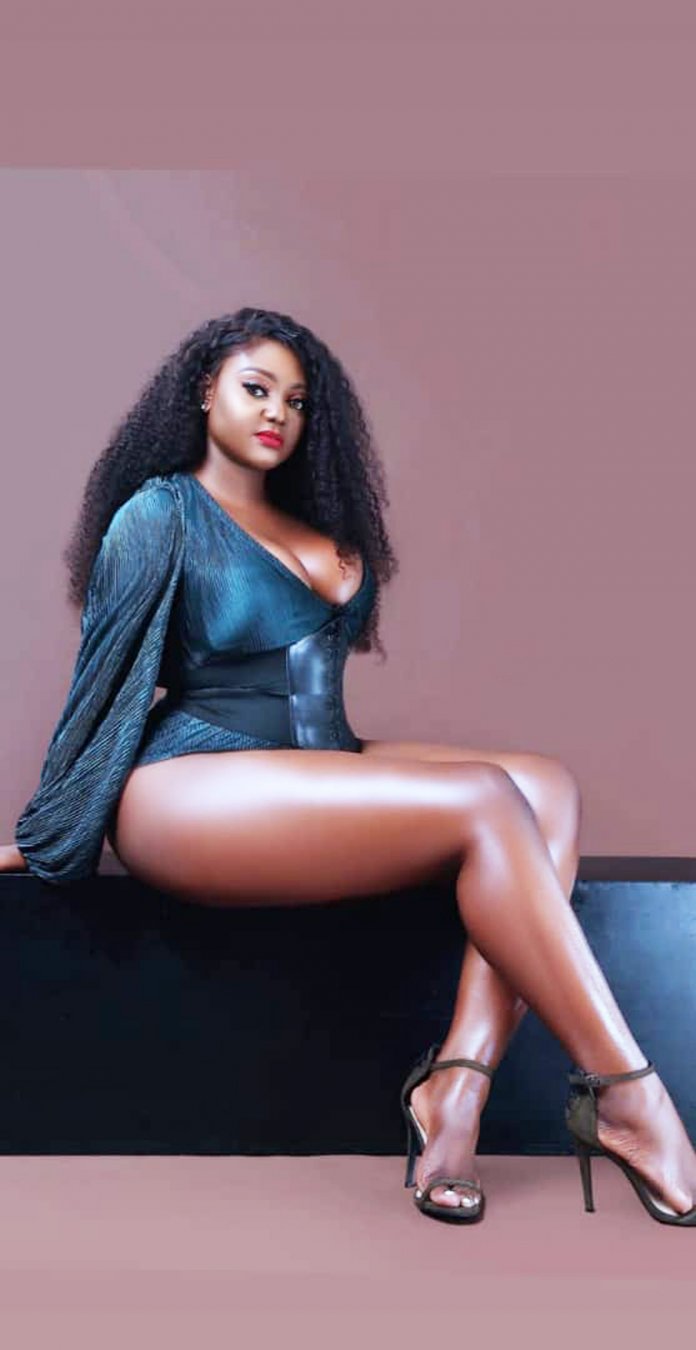 Nazo Ekezie is an actress and a movie producer who has acting in her DNA. She has struggled so hard to rise through the ranks in the movie industry. She talks to Tosin Clegg about her career, starting out, her debut film production and many more

‘Thanks for Coming’ gave me my big breakthrough

I have been here professionally since 2010. There were a couple of movies I did. Two or three scenes, sometimes five then I go back to school, but the movie ‘Thanks for Coming’ produced by Uche Nancy brought me to the limelight. After then, I did another one titled ‘Assassins’ with the likes of Mike Ezuruonye, Chacha Eke and others. There were a couple of other ones but these were the movies that made people take me seriously as an actor.

At some point, I wanted to try something new. Then I developed this love for filmmaking. It has been there for a while. So, in 2018, I produced my first film titled ‘Flawed’, featuring Ebere Okaro, More Duncan, my humble self and other amazing actors. There were no particular criteria before I chose my cast because I am that kind of person that watches movies a lot. So, if I see new faces that know their onions well, I take note of them. I have this Producer-eye. So, it wasn’t really difficult for me to know who and who would be in my film. I had taken mental note of those that I wanted. I called them up, negotiated with them and that was it. This particular production would be on CD and for the internet.

Challenges as a first-time producer

I think doing a movie as a producer and also acting in the same movie should be for only superheroes, because it was not easy at all. I had to think for everyone to make sure that the production went well. It was not funny at all. I had to think from every angle to make sure everything was okay. I had a very good production manager, but I really got myself worked up. Well, some people said it’s because it was my first time and that soon, I’d get used to it. Another big challenge I had was location issue. I paid for office space in Lekki, then like a day before the shoot, the man in charge of the space called and said we can’t move in that the office was locked, saying some government officials locked the place up. Then, he wouldn’t refund my money on time to get another office space. It was very tough, but I refused to be discouraged. We just changed plans and moved on. The good thing is I have learned my lessons. Now, I know what those other producers face, what they pass through. Now I understand them better. I have learned anything can go wrong during production. And most times, some mistakes or lapses are not entirely their fault.

The stress was fun

I shot in Lagos, Lekki Phase 1 and its axis. That’s why the production was hectic. But I won’t back down. I can’t find myself doing any other stuff aside acting. I’ll act movies till I age. Once in a while, I could do other businesses but acting is the love of my life. I can never stop making films, never. I don’t think I can figure the amount the movie cost me but it’s not above N10 million because it’s not a cinema movie, but I can say it cost me a lot of money. Shooting in Lagos wasn’t easy and I tried as much as possible not to limit myself. Where there was need for extras, I got them and paid for it. I made sure, there were no lapses.

The message my movie is passing

Flawed the movie, is trying to say that people have reasons for doing what they do. We all are not perfect. No matter how good and perfect we seem to look from the outside, there are lots of issues we still have to deal with on the inside. There are certain actions that people take and nobody would truly understand why, until he or she gets close to realise the reason behind that action. Nobody, male nor female should sit in one corner and criticise anybody’s actions without knowing what prompted it. Everybody struggles with something. No matter how popular you are, no matter how great you look, there’s a demon you’re fighting within. The movie also teaches that love conquers; that love would make everything right again.

I think my biggest problem is realness

I don’t know how to fake it or pretend. I can’t even snap besides someone’s car because there is no gain in it. I’m so real to a fault, although the society would expect more from us as celebrities. A lot of actors are pressured by society. Nigerians are conflicted, they want you to be humble, and then the next minute, they complain you are too humble. These problems are often created by women. So, if people tend to live fake lifestyles, I won’t blame them. They have to meet up.

Nollywood is one of the worst places to have female friends

Most female actresses see genuine compliments as something else. The worst are those who are doing better and well paid, endorsements and all, with the fame, yet they still say rubbish about other actresses in the industry. Every battle I had faced in Nollywood revolved around women. It’s that bad. They believe once they have made it, nobody else should. These big actresses (the A-List) are scary. Seriously, you would be in your corner, thinking they are all made and won’t stress it again. But they are the ones that are more jealous. Even on set.

In the course of my job as an actor, there are too many expectations from celebrities. One thing about famous people is that most times, they don’t change but people around them do. I have always looked out for someone that fame doesn’t entice or affect. One wouldn’t consider it a problem. I want someone who would be patient enough to know me and not look at me from the movie angle. I would love someone who sees me as Nazo and not an actress all the time. My name is not actress, my name is Nazo. Right now, I want to be in a relationship so bad. I want to be with someone I love, someone who loves me as me, but not as an actress or movie star. I want to be with a person that actually knows me, loves me and willing to relate with me as Nazo. Well, I’m not a physical look kind of person but then you won’t be looking like masquerade though. I want an OK looking guy, average. And most importantly is the acceptance that I’m talking about. Then your brain is more important to me and how the mind functions. I’m not looking out to marry a Dangote but he needs to be comfortable. He has to be able to provide for me. These are the issues.

As it stands now, I’m reading another script for my next movie production

There are people I really want to work with. Bisola of Big Brother Naija is one of them. She is so special, very real to the core. She makes films very relative that you think it’s happening for real. I will do something good with her. I haven’t come across that script that would suit her, but till then. Also, I still hope to have my greatest role model, Bimbo Akintola in my movie.