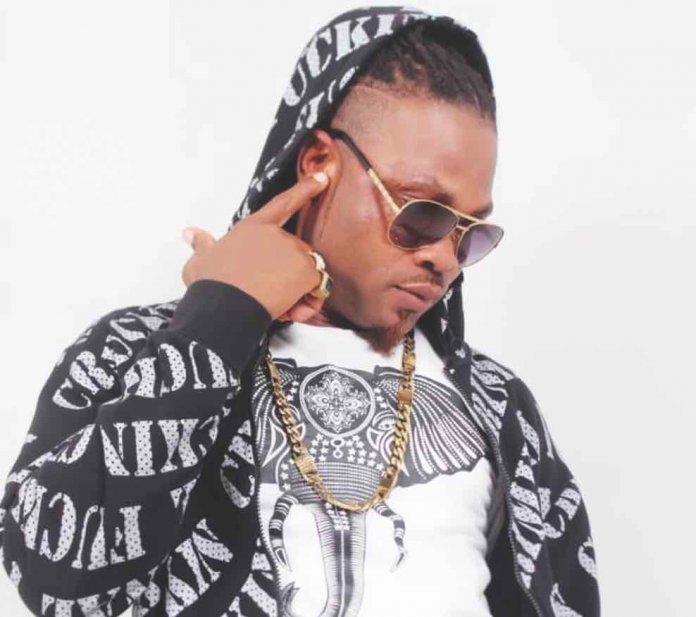 Ferdinand Ekechukwu writes on his encounter with the musician Chinagorom Onuoha, popularly known as African China

The last time he had the company of journalists was sometime last year. He had called a press conference to announce the release of his latest single, ‘Letter to Mr. President’. Meeting him on this occasion, he would recall that session with newshounds and express his reservation following that experience. He would enquire about some other persons that made the team of pressmen that met with him on that event. “I know one person we dey write entertainment column for your paper,” he said in his typically vernacular style.

In the moment he attempts to recollect a particular name but his memory lets him down. Thus he resigned to faith and would be left with the words, “What’s that his name sef, him been come my press briefing early last year.” Partly due to familiarity with this writer, it is not unusual to hear him speak Pidgin English. In fact, that’s his trademark. His songs are written and sang in the local dialect, a thing which he imbibed growing up in the streets of Orile, occasionally crisscrossing Amukoko and Ajegunle vicinities of Apapa Iganmu and Ajeromi Ifelodun Local Government Areas of Lagos State.

Growing up in the same neighborhood with this writer triggers some sort of nostalgia meeting with the ‘Crisis’ crooner. One could recall his early songs were massive hits on the streets and getting rotational airplays on radio while the young and pretty much talented African China still roams the streets with bathroom slippers.

Back then each time he walks past, you would see him hum his songs without recourse to whoever is watching him. You would need to know him from the start to connect with his early true days of humble beginnings.

So what’s up, what’s happening to African China as an artiste? The perception out there is if he still does music. He started with music before diversifying into some other businesses. He still does music, he said to me, but mostly doing gigs on the average of 20 shows in a month. In between the conversation, he switches between the real English and the pidgin. He went on to explain, albeit with a tint of pride, that “One thing people should understand about music is that music is not a do or die affair.

“Seems we don’t understand when we say music as a career, like football being a career, acting being a career doesn’t necessarily mean you can’t do any other thing aside that thing. You can be doing it but now you pushed it to a professional level. Because right now everybody thinks okay if you are doing a song and it’s not out there everywhere, definitely you are nowhere, hell no. African China is a brand that has come to stay. I have millions of people as fans that are following me with or without music,” as he keeps up regular activities posting messages online. Some weeks back he had posted on Youtube a video conversation between him and Omoyele Sowore, a presidential aspirant.

China said that’s the more reason he keeps advising every other young artiste coming up to engage themselves in other profitable ventures. In passing, he cautiously cites Femi Kuti for instance and Asa. “Femi Kuti plays one of the biggest concerts outside this country and is known worldwide. But here in Nigeria, not everyone values his kind of music. Another person I would like to make reference to is Asa.” In a way he alludes to their style and unique kind of music viz-a-viz his, which is niche kind of.

His songs are social conscious. In fact, since he came to limelight in the year 2000, he has been known for questioning Nigerian politicians and the people in government with his particular kind of music. His trailblazing track, ‘Mr. President’, released 19 years ago is still relevant across successive governments as some of the problems he sang about are still prevalent in the country. For sure, he can’t play that music that you want him to play. “I have my kind of music.

“I will just keep doing what I’m doing. I have listeners. Anybody that wants to listen to African China and you feel you have missed out you know what to do. Thank God for the social media; now it’s no longer about the radio stations. So when people are saying you are no longer in the industry, it makes it feel like ‘you are not there’, and they are the ones not there because they are not listening, because they are not following.”

The way he talks about the media gives you an inkling of him as very savvy about the pen profession. On the social media platform, African China enjoys a cult following, especially on Facebook. “Oh my God when it comes to Facebook I’m shot down. My account had more people. Erm I think they said with time they will enlarge it so that you can add as many as possible more people. Then on Instagram I have followers, on twitter I have followers you know, but it all depends on which one.”

Talking about the industry one reminds him of the time he started singing. His music had attained success while he was still struggling personally to equate the feat. The clannish merchants who congregate on the suburbs of Lagos at the Alaba International Market, the distribution hub of African entertainment business had made a kill from African China’s first album selling pirated copies!  He cuts in “from street my music don blow,” he repeated emphatically. “While ‘China’ never blow.”

To him, at that stage, it was a challenge to meet up with the stardom. “Your song is here and you as a person you are here,” he said, suspending his hands, one above the other, as he drives home the point he tries to make. “So it becomes a big challenge because now you are dragging to go and meet up with your stardom which we did and for which deserve plenty of accolades.” His last performance in Ajegunle at the Sheikh Live in Concert last December brought him together alongside Marvelous Benji, another artiste from way back.

At the show, African China reunited with the ‘swo crooner’ (Marvelous Benji) and some other artistes. Reconnecting with him elicited some feelings for African China. Both were headliners at that show. What was the feeling like on that day knowing that Marvelous was first-rate also? “We met in London when I had my crisis. Kennis Music brought me to London and we all met, sat down and had dinner and all that,” he disclosed. “We have been meeting.”

Once in 2006, that London experience had left African China with a sour taste. That was his first trip to Europe. Amidst the frenzy and the fun during that journey, he was alleged to have raped a white girl. It was one memorable incident that taught and impacted on his persona and his career. It inspired one of his hits songs ‘London Fever’. The lesson from that episode, he recounts. “It taught me what I am doing today; learning to keep to myself, learning to be myself, learning to respect myself…” he confessed, raising his voice, “learning to tell myself the gospel truth and learning to help myself. That was what that whole incident taught me. The whole thing taught me that ‘it is you that matters African China’. Nobody matters anymore, except my family…that’s my wife and kids (two beautiful daughters in his words), aside me.”

At the moment, he is working on an album which will be released on his record label, 45 Entertainment. The body of work was supposed to be released last year but for some reasons, it was withdrawn. Now, he has started working on new songs but those new songs are going to be duets. “So from the old songs we are just going to do like selections from the album and mixed with the collabos.”