A global community of social entrepreneurs, Ashoka has opened its office in Lagos covering the entire West Africa network. This was necessary in creating a physical presence for the multi-disciplinary community of professionals who are solving problems using systematic solutions.

The choice of selecting Nigeria for the location of the office arises from the fact that Nigeria has the largest number of indigenous entrepreneurs in Africa.

Of the 3400 global fellows drawn from over 90 countries, 90 are from Nigeria. “Ashoka is physically present in 88 countries,’’ the Director, Venture and Fellowship, Ashoka Africa, Josephine Nzerem said.

Nzerem was elected as Ashoka Fellow in 2002 for her innovative work in the protection of women from disinheritance and other socio-economic abuses. In 2011, she became the Regional Director of Anglophone West Africa.

As the director, she is leading Ashoka Africa venture and fellowship team from curating to convening towards maintaining high standard of excellence, innovation and commitment.

One of the fellows, Debo Onafowora spoke extensively on his intervention in agricultural development by introducing farmers to soilless farming. Asides farmers, he had reached many youths with this new technique which makes farming more attractive to the younger generation. He observed that soilless farming is created in tackling the problem of soil degradation and grazing.

Another fellow who is prominent for her effort at creating awareness and support for victims of vitiligo is Ogo Maduewesi.

Through her organisation, Vitiligo Support and Awareness Foundation (VITSAF), she has been on the mission to create awareness and support for persons living with vitiligo.

Technovation programme in Nigeria is Martha Omoekpen Alade’s contribution to problem solving ideas. The idea is to train young girls on how to use the power of technology to solve a problem.

For instance, to report sexual assault, some apps have been developed for survivors to report and seek for justice. For young girls who may be interested in fashion, the technovation program has proved to be helpful.

In her remarks, Nzerem explained the void that Ashoka has filled in the spectrum of social entrepreneurship. 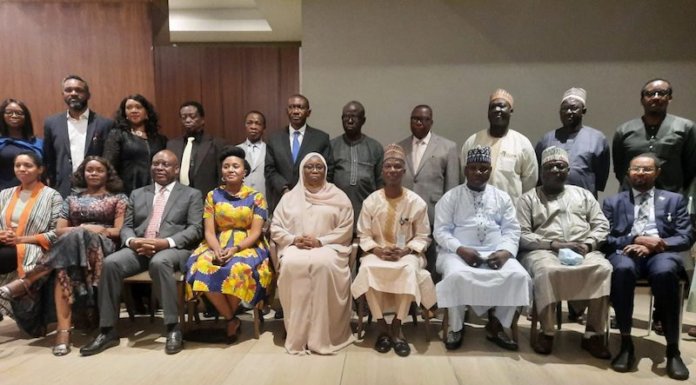