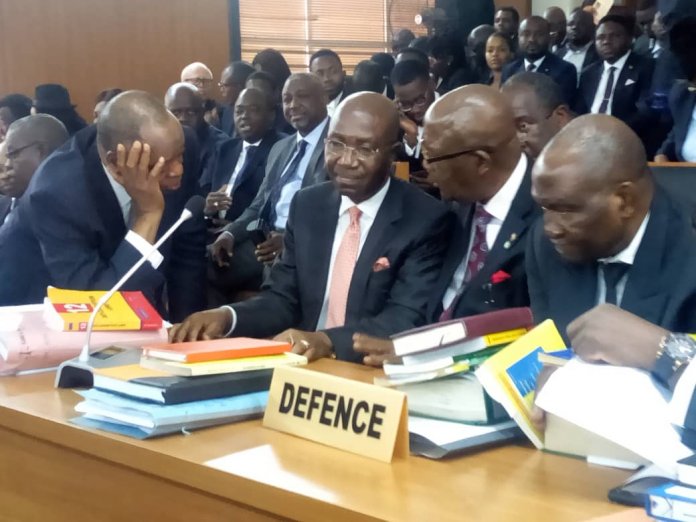 Over 20 Senior Advocates of Nigeria and more than 100 lawyers are already seating in court for the arraignment of the CJN., Walter Onnoghen.

The Nigerian Bar Association (NBA) in a statement urged all lawyers to endeavour to be at the tribunal in show of solidarity as support both for Onnoghen and the judiciary.

Will the CJN Appear Before the Tribunal?

The big question on the lips of everyone at the tribunal is whether the CJN would appear before the tribunal.

Onnoghen, citing improper service was not present in court on January 14, the earlier scheduled date for his arraignment on alleged non declaration of his assets.

But in the last one week, three different courts and the National Industrial Court, Abuja have all given orders restraining the CCT from going ahead with the trial.

Only on Monday, the industrial court in restating its order against the trial pending the determination of a suit seeking to stop the forceful removal of Onnoghen from office directed service of hearing notice on the Chairman of the CCT through substituted service.

As at this morning, the hearing notice as well as the enroll order of the National Industrial Court was seen pasted at the gate and walls of the tribunal.

Whether the trial would go on with the orders is left to be seen.