Less than 25 days to the presidential election, the Independent National Electoral Commission (INEC) said yesterday that it had uncovered new plot by some political actors to use food vendors around polling units with large voter populations as collection points for cash-for-votes and other forms of material inducement to voters on election day.

This is coming as the Peoples Democratic Party (PDP) has called on the Chairman of INEC), Prof. Mahmood Yakubu, to resist pressure from the presidency and the All Progressives Congress (APC) by rising above the manifest compromises and conduct free, fair and transparent elections next month.

Yakubu disclosed the plot yesterday, while playing host to a delegation of European Union (EU) Election Observer, led by the Chief Observer, Ms. Marie Arena, and ECOWAS Observers’ Mission at the headquarters of the commission.

He said there was no doubt that the country’s electoral processes are getting better and votes count, adding that the commission would continue to progressively improve on elections and protect the sanctity of the vote.

Yakubu stated, “However, following recent consultations with stakeholders across the six geo-political zones in Nigeria, the attention of the commission was drawn to a new plan by some political actors to use food vendors around polling units with large voter populations, as collection points for cash-for-votes as well as other forms of material inducement to voters on election day. We are aware of this trick. It will not work.”

The chairman also reiterated that the bulk of ad hoc staff for election duties would be drawn from the pool of young Nigerians serving in the National Youth Service scheme, stressing that the commission has established clear criteria for drawing from students of tertiary institutions to make up for any shortfalls.

According to him, “This has been the practice over several electoral cycles. Similarly, collation and returning officers are drawn from senior academic staff of federal universities led by the vice chancellors. We have already commenced the process following our meeting with the vice chancellors last week. In addition, there is a clearly established system of vetting all election duty staff before they are engaged.

“Therefore, the claim that the commission has outsourced the recruitment of election duty staff to partisan actors is the usual allegation on the eve of elections, and should be disregarded. With 25 days to the 2019 general elections, the commission’s attention is firmly focused on the conduct of credible elections. We will not be distracted into a fatuous debate.”

The chairman, however, assured the EU that preparations for the election is on course, stressing that the commission has had a series of assuring meetings with the security agencies in order to ensure that processes are protected, the right of voters to vote freely safeguarded, access for observers and the media guaranteed, the election transparent and the outcome a true reflection of the will of the Nigerian people.

Earlier, the leader of the delegation, Arena, said that EU would be deploying 40 observers during the elections in all states of the federation.

“We really appreciate this work that we have to do together here in your country for democracy, for the Nigerian people. Because without democracy there is no development, there is no freedom, there is no economy,” she stated

Arena noted that the EU would also have its parliamentary observation mission on ground during the elections.

Also, the leader of ECOWAS observers mission and former Chairperson of Electoral Commission, Ghana, Ms. Charlotte Osei, said that the mission of the delegation was to let INEC know that ECOWAS would be deploying both long term and short-term observer mission.

She added that during the elections, the mission would be focusing on legal, media, operations, gender and disabilities.

Meanwhile, the PDP yesterday advised the chairman of INEC to resist pressure from the presidency and the APC and conduct free, fair and transparent elections next month.

Addressing a press conference yesterday in Abuja, the Director of Media and Publicity, Mr. Kola Ologbondiyan, said the entire nation is worried, saying that the palpable fear of every Nigerian today is whether the INEC boss can conduct an election, which would be indeed free, fair, credible and transparent.

“The PDP has reviewed all the circumstances surrounding the activities of the INEC as presently constituted, and after a careful appraisal of comments by critical national and international stakeholders, we challenge INEC Chairman, Prof. Mahmood Yakubu, to rise above the manifest compromises and conduct the 2019 general election in a transparent manner,” the PDP’s spokesman added.

He said the party already has information that “the geo-spatial centres created by the INEC Chairman in the six geo-political zones have also been dubiously duplicated by Mrs. Amina Zakari in all the zones, from where APC and Buhari presidency intends to assemble fictitious votes and transmit same to INEC’s data base and situation room.”

Ologbondiyan alleged that Yakubu is being compromised by the APC and the presidency to rig the next month elections.

He added that this scenario was also feared to be the reason INEC was succumbing to pressure by the presidency to retain Mrs. Amina Zakari, the president’s relation, as head of the collation centre, where she was being positioned to alter genuine results and allocate fictitious figures in favour of Buhari.

According to Ologbondiyan, “We are also aware that the processes of employing Ad-hoc staff that will function as electoral officers, particularly in the presidential election have already been compromised to favour the APC under Mahmood Yakubu’s watch to manipulate the process.”

He stated that presently, more than half of the card readers to be used in the elections have been rendered obsolete and non-functional, less than 25 days to the elections, noting that card readers have not been upgraded.

“We have it on good authority that these will be used to create confusion on election days and facilitate the use of incident form, which will hamper transparency,” Ologbondiyan added.

The PDP, therefore, called on INEC chairman to demonstrate his credibility and ability to conduct free, fair and transparent elections by taking urgent and decisive steps to show that he has not been compromised by the APC and the presidency. 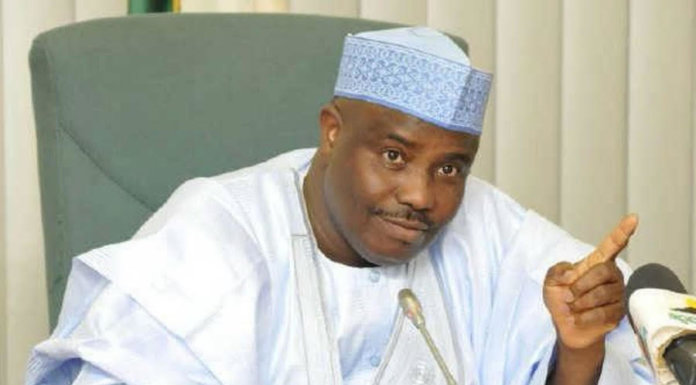