Says he doesn’t bear personal grudge against the president

The Speaker, House or Representatives, Hon. Yakubu Dogara, yesterday said he had no personal grudge against President Muhammadu Buhari, noting that his concern “is whether the president is capable of ensuring the welfare and security of Nigerians.”

Dogara made the observation at the unveiling of his re-election campaign held at Bununu, headquarters of Tafawa Balewa local government area (LGA), Bauchi State.

Currently, the speaker is representing Bogoro/Dass/Tafawa-Balewa Federal Constituency in the House of Representatives.

Dogara told his supporters that neither him nor his political associates “have any personal grudge against Buhari. But we are only concerned about the welfare and security of the Nigerian people.

“None of us here hates Buhari. We do not hate him. But the truth is that we are worried and concerned about the future of our people in Nigeria, especially the North-east, which has been ravaged by Boko Haram violence.

“If not checked, it will consume us here even in Bununu, may God forbid. Poverty, killings and bloodletting have ravaged our land,” the speaker said.

He said he was vindicated when some people, who initially prevailed on him to remain in the ruling All Progressives Congress (APC), saw Buhari’s performance in his recent live televised media chat held on Nigeria Television Authority (NTA).

“Two days ago, two people who did everything to stop me from joining the PDP called after watching Buhari’s interview on television to apologise to me and said they thank God for opening their eyes,” he noted.

While decrying the desperation to remain in power in the face of glaring incompetence, he prayed that God “will destroy whoever equates himself with Him as the one who gives and takes power and positions, as He did to Pharaoh a d other despots and dictators.”

He also apologised to the people of Bauchi for helping to bring the present state government that has been a massive and monumental failure to power and sought their forgiveness.

At the campaign rally, eight former executives of the ruling All Progressives Congress (APC), in addition to over 10, 000 other members defected to the PDP.

While calling on the people to resist any attempt to instigate violence and rig the 2019 elections, Dogara alleged that there are people who do not have any ancestral link, connection or origin in Bauchi State but who want to cause violence and killings during the elections.

“On election day, when you vote, don’t go home: vote and wait until all votes are counted and results announced and escort the vote. There are some of our unpatriotic people who are conniving with the Bauchi State government to cause violence,” he said.

Dogara to his constituents that the state government has been unwilling to support this efforts at bringing developmental projects to the state, saying, “I did everything within my power together with my colleagues to give autonomy to local governments but some state governors connived with some states assemblies to block it. Today, the local government is non-existent and the ordinary people don’t benefit anything from there.

“We have attracted so much infrastructural development to Bauchi State but the State government even sponsored some youths to protest and sweep the venue of the flag-off of road construction in 2017.” 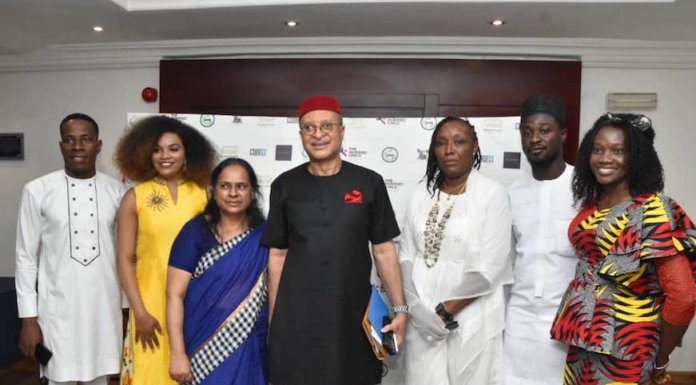