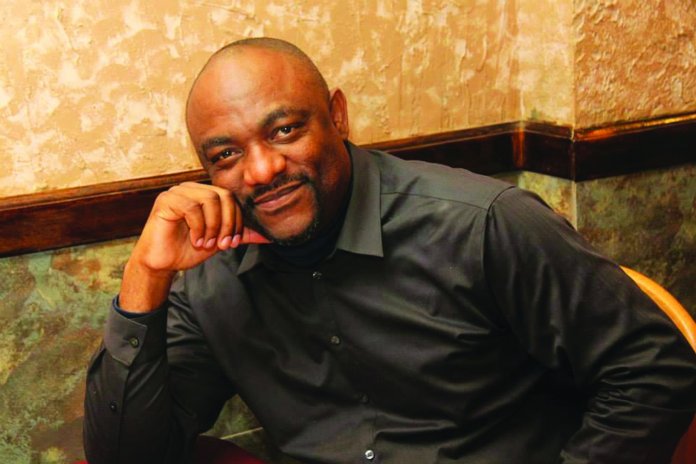 Chairman, Olubunmi Mega Investments, Olubunmi Oluwafisayo, wears many caps as a serial entrepreneur, writer, poet, publisher, philanthropist and clergyman. He left for the United States in 2000. Now, he says he is back to his homeland to add value. He speaks to Adedayo Adejobi on why a day in his life is incomplete without music, why he’s spending all his resources fearlessly to see that Igbole Ekiti becomes a model for other communities, the mathematician who stole his heart and more

Welcome to the beautiful world of Olubunmi Oluwafisayo, a native of Igbole Ekiti, Ekiti State, who talks about his parent with pride. Oluwafisayo recalls how growing up with his mother shaped his focus towards business and money making. She taught him the nitty-gritty of business albeit in an informal way but foolproof enough to have built the solid foundation he has been riding on since then.

Growing up with a disciplinarian as a father groomed him to be focused and purposeful in life. Oluwafisayo grew up in a big family of seven children where he is the third. He enjoys a fertile relationship with his siblings and misses his daddy so much, but that’s life in its spatial shades of beauty. You can’t have it all.

On a deep introspection, he smiled as he mentioned the name of Mr. Kabir – a primary influence on his young mind, who exposed him to the beauty of language and the art therein. His fascination with truth made him a strong devotee to the art of language, which thrust him into applying more of himself. Debating and prize-winning were all catalyst that propelled him on to greater strides.

Encountering Akin Adeoya was like meeting his doppelganger knowledge wise. They took to each other like gasoline to fire. They explored the world of literature which prompted him to pursue language art education at the Obafemi Awolowo University. Oluwafisayo’s love for language art evolved into a career in Linguistics.

His mother’s training came to save the day after he had already lost an admission due to lack of funds. At the second entry, young Olubunmi gave it his all with no financial help from any quarters except for his fiancée that gave him N1600 to facilitate his admission; he had to get his hands dirty to survive on campus. And to this, he applied himself with all dexterity, and all his mother had thought him about business and money making. He started making files and jotters which he sold on the campus.

His big break came when the Dean of Pharmacy whom he was acquainted with gave him a contract to supply his merchandise to his colleagues who had come for a convention at Obafemi Awolowo University. The young enterprising man bought a Volkswagon car with the proceeds from that business. Coming from a place of survival, just till the next day, to becoming a business magnate on campus, Olubunmi graduated, got married, and left for the United States in 2000.

Getting to the United States, Olubunmi continued in the ministry, which started way back at Obafemi Awolowo University, at Redeemed Christian Fellowship. Being a dynamic person that he is, it was impossible to bind him to a particular regime. Asides from being a high-school teacher for about 9 years, he also doubled as a graphics designer, fliers’ designer and was into magazines too, and all these were for the church.

Now that he’s coming back to Nigeria, back after many years of exposure to life outside her shores, back after working in a system that works, back after exploring other cultures et al, Oluwafisayo says he is coming to give back, especially in the areas of agriculture, education and philanthropy.

‘‘I already have a 17 acre of land in my village dedicated solely to raising people through agriculture.  I’m employing this strategy to see and ascertain my offering is best suited to the needs of my immediate future environs.’’

With a piggery and a mini-cropping on a large scale, it won’t be shocking if he takes over being the main provider of corn to cereal producing companies like Nestle. Beyond corn production on a large scale, this visionary has a rice mill and a huge building set in motion to be used as a school in the nearest future. Developing human capital is at the core of Olubunmi’s vision profit notwithstanding.

The Christian that he’s is beyond the regular bible-clutching, fire-branding prayer brother whose truth and values are ideals out of the founded truth laid in the bible.  ‘‘my Christianity is practical’’, he said. Drawing inference from Nehemiah’s story in the Bible, he said, ‘‘I am burdened with the need to help the poor beyond the superficiality of camera, light and action.’’

His charity, Olubunmi Oluwafisayomi Foundation (O.O.F) aka Nehemiah’s Movement, is the avenue through which Olubunmi reaches out to the needy and the poor. In it, he finds fulfillment and joy. If you call it finding purpose, you will be hitting the nail right on the head. On the journey to his purpose, he wrote a book called Quest for Purpose.

Finding purpose is a fundamental part of our existence Olubunmi believes, ‘‘we must explore to find the depth of our true original self and realign with the vision of God for our lives and boom! Every man is greatness waiting to happen. Greatness goes beyond mere stashing of cash but the ability to use our resources, financial or otherwise to better humanity.’’

Beyond Nehemiah’s Movement, Olubunmi is a lover boy who enjoys writing lovely poems to his lovely wife. No wonder he joyfully accepted being a patron of the Association of Nigerian Authors. This lover boy met his heartthrob as a teenager. Together, they found friendship, companion and deep-seated love and mutual respect for each other.

Through thick and thin, they stuck together and when the time was ripe, they travelled to the United States to continue being man and wife. This woman that has stolen Olubunmi’s heart is one of a kind. She is mathematician, who doubles as a doctoral student in Nursing. There are so many endearing qualities about her that he couldn’t exhaust wholly in a single conversation.

Recalling how giving their lives to Christ cemented their relationships, a trailing opened up his face as the light in his eyes shone. This woman has made Olubunmi one happy and satisfied man by whatever standard upheld by whatever society.

He’s keen on uplifting the lives of people from his village and surrounding communities in his state. Oluwafisayo wants it all for his people – total emancipation in all ramifications of life. To this call, he gravitates, spending all his resources fearlessly to see that Igbole Ekiti becomes a model for other communities.

A day in Oluwafisayo’s life is not complete without music. He reminisced on how he loved to dance and what our music was about before he travelled, and how after many years he finds the lost rhythm in the sounds coming from this side of the divide. Being a born-again deprived the joy of his type of dance but lately, his love for Jazz music wafting through his space at night aids his relaxation in many ways than one.