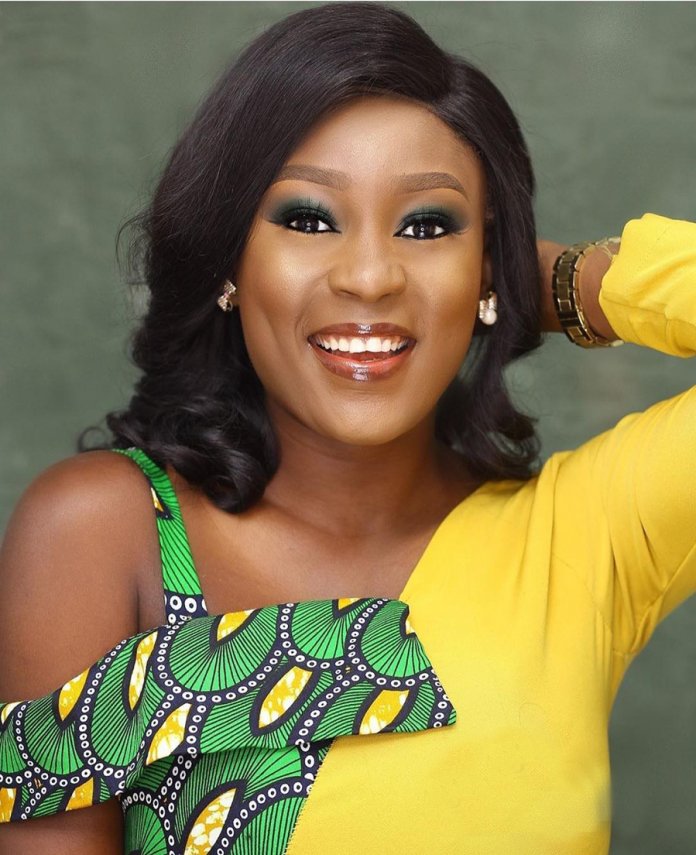 Though, Jenifa’s Diary threw Lota Chukwu to limelight, she has grown quickly to earn herself a place in the hearts of producers. Recently, at the 2018 ELOY Awards, organised to celebrate women of excellence who are blazing the trail in their chosen fields, Lota won the Actress of The Year (TV and Web Series) for her role in the TV series,  Ajoche. This 29-year-old talented and stunning queen of the silver screen talks to Chinedu Ibeabuchi about her career progression and why 2018 is undoubtedly her best year so far

How would you describe growing up? Always wanted to be an actor?

Growing up was fun. I was brought up in a small and quiet town. So, moving to Lagos was a bit of a cultural shock. I spent most of my time reading books, climbing trees and learning to cook. I was definitely brought up in a place of love, care and peace. I grew up wanting to be an engineer or a doctor, professional careers that children in the 90s wanted to be. The older I grew, the more I found my interests elsewhere and I couldn’t wait to be old enough to pursue those interests. Top of the list was acting and as soon as I could, I moved to Lagos to hone my craft and chase my dream.

Did your parent support your acting dreams or they wanted you to be something else?

My parents had no idea what I wanted to do, but the minute they found out, I had to prove to them I knew what I was getting in. Lucky for me, we already had a relationship based on trust, so, it was easy for me to get them on my side.

What are the biggest challenges you faced trying to break into the industry?

I guess I faced the same challenges newbies face in their acting career. Being turned back and told no, messing up at auditions due to fright are some of them I remember.

From when you started your career till now, what has changed?

A lot has. From the basic things like being recognised in the market to being recognised by some people, I looked up to growing. Still, I try to keep myself grounded and spend my time doing the same old things I love like cooking, writing, spending time with my dogs etc.

How would you describe your career year in 2018?

It’s been a fulfilling year. It’s undoubtedly my best year so far, career-wise as both an actress and a food show host/creator. I featured in a couple of movies, some out already to great reviews and others will be coming out in 2019. I played the lead on an M-Net telenovela, and my portrayal of the character has been applauded by fans and movie critics alike. I launched two new shows (Lota Takes Short and Lota’s Chow Files) in addition to my already running show, Lota Takes. So all in all, I’m very grateful because 2018 was super amazing.

Aside the fame, would you say acting is a sustainable career for you?

Definitely. The fame has never been a motivation for me, neither has the financial rewards been. I’ve been blessed to be getting both and I’m very grateful to God for it. So far, it’s been great and I’m hopeful it will get even better.

What are those factors you consider before taking a script?

For me, a script has to speak to my art. I love characters that challenge me and stretch me beyond what I’ll normally do. Also, I love stories that are interesting. Stories that I believe the audience would want to watch. I have to be able to put myself into that story and my disbelief has to be suspended. If I don’t believe the character I’m portraying, I doubt my audience will too.

New generation of actors are often accused of popularity seekers and lack creative skills. Do you agree with this?

I think we are in an age of being seen. This is the era of social media and a lot of actors now understand that we are in the business of show: showbiz. I think we are all looking for avenues where we can get faster into the peripheral vision of our fans and producers alike. As for creativity, I believe that actors are only as good as the opportunities we are given. Not everyone is lucky enough to have played characters that show their acting prowess. Until such opportunities have come, we’d never know who is good or bad.

Who are your role models in the industry?

There are so many talented actors in Nollywood who I look up to, and it would be an injustice to myself to pick one. Funke Akindele, Genevieve Nnaji, Rita Dominic, Kate Henshaw, Omotola Jalade-Ekeinde etc… These are some of the women who have influenced my career.

How do you contend with raunchy fans?

Honestly, I’ve been quite lucky and those things don’t come my way.

Aside acting, what else do you do?

I’m a food enthusiast, a lover of all things food… So most times I’m always working on either one of my three shows, ‘Lota Takes’ ‘Lota Takes Short’ and ‘Lotas Chow Files’. The shows also grant me the opportunity of sharing my knowledge about food and learning in the process. I also write, sketch etc…

When should your fans look forward to seeing your produced movie?

My fans will be the first but right now, I’m acting, not producing. For everything, there is a right time.

What can you say about piracy in Nigeria?

I think it’s wrong and thank God there’s a lot of awareness going on right now about the damage it is doing or has done so I’m glad everyone is working hard to end it as soon as possible.

What is your utmost advice for aspiring men and women thinking of going into acting?

Skills and talent are very important. It goes beyond having just a pretty face or nice body…you need to be really talented. Also, acting is hard work, and you must be disciplined. Above all, you need God’s grace.

Many still see Nollywood as still behind. Do you share the same view? What are those touches you feel are still missing to make Nollywood at par with Hollywood?

I think Nollywood as an industry is really growing, we’ve come a long way, right now we are dominating the cinemas and I think we are doing great. I think all that is missing to bridge the gap is the audience and finance.

I’m the last in a family of four. I am from Nsukka in Enugu State. I grew up in Benin City but had to relocate to Lagos to chase my acting career.  I grew up watching my mother cook, and I hope to pass that knowledge on to my daughters someday.