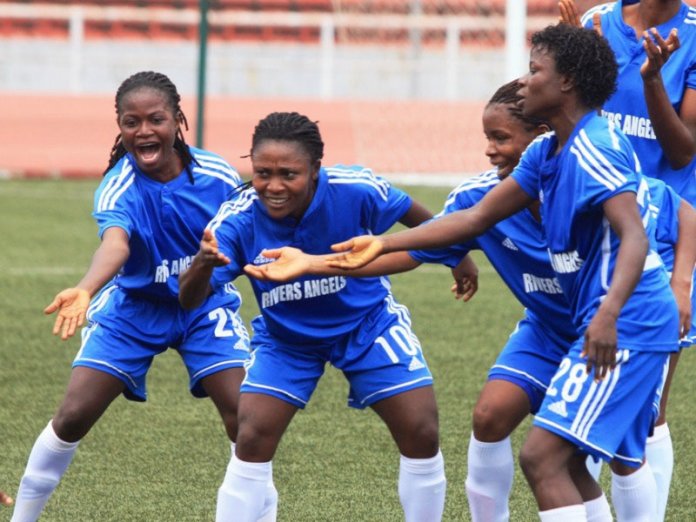 Rivers Angels FC Head Coach, Edwin Okon, has described Lagos as a fertile ground for his side ahead of the Nigeria Women Premier League (NWPL) Super 4 Tournament.

The football fiesta that crowns the new NWPL champions has been scheduled to hold in Lagos between January 23 and 26 at the Agege Stadium.

Okon commended the leadership of the NWFL for their thoughtfulness in choosing a neutral ground like Lagos as the venue for its prime tournament which will give the contestants an even hand to properly express their football artistry.

“Of course, I’m 100 per cent satisfied with the choice of Lagos as the venue for the upcoming Nigeria Women Premier League (NWPL) Super 4 Tournament.

“Unarguable, Lagos is neutral to the whole participants and certain to provide an even ground for us to freely express our football talents.

“None of the quartet, Nasarawa Amazons, Bayelsa Queens, Sunshine Queens and Rivers Angels will claim any undue advantage in Lagos where the fans are ever ready to switch their loyalty to any side that meets their football expectations.

“Besides, Lagos, too have proven to be a fertile ground for us in terms of harvesting trophies.

“After we were humbled at the immediate past Super 4 Tournament in Benin City we returned strongly to beat the champions, Nasarawa Amazons in the maiden Champions Shield competition hosted at the Agege Stadium in Lagos.

“We are looking forward to a repeat performance this time around when the NWPL Super 4 Tournament kicks-off later this month.

“For us at Rivers Angels any competition is a rare opportunity for us to grab the top prize and this one will not be an exception.

“The NWPL Super 4 tournament is a Cup final, it’s a fight to finish and we will exhibit that character of perennial champions right from the blast of the whistle.

“The opponents are known and tested but our experience and quest to be champions will always see us through the hurdle.

“The players are ready and buoyantly waiting for the commencement date to show off their stuff.

“We are thankful to the NWFL board for making Lagos the battle ground for the upcoming NWPL Super 4 tournament,” said the former Nigerian coach to NWFL Media.

NWPL side, Sunshine Queens are the only addition to the sides that competed in the last edition in Benin City that threw up the Lafia landladies, Nasarawa Amazons as champions.

Winners of the clashes will automatically progress to the final while the losers will square up in the third place match.

Incidentally, the Jewel of Rivers who are Group A runners-up will confront champions and Group B winners, Nasarawa Amazons in an exact repeat of the 2018 NWFL Champions Shield clash.