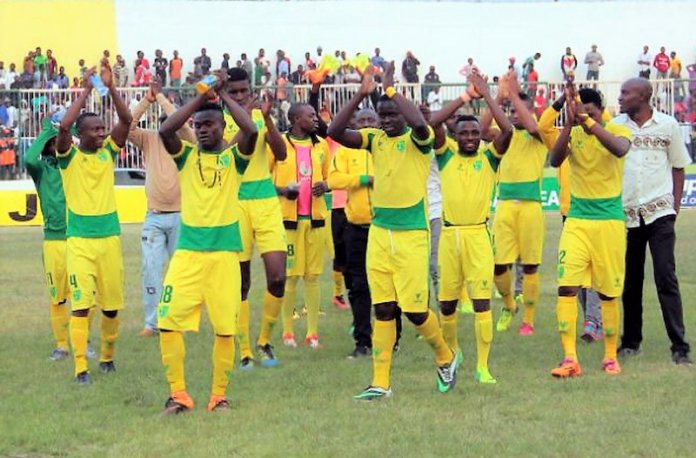 The League Management Company (LMC) has come down hard on Plateau United FC for the crowd violence that rocked the team’s first game of the new 2019 season against FC IfeanyiUbah in Jos last Sunday.

Plateau United was ordered to play its next three home fixtures at the Ilorin Township Stadium and also fined a total of N5million for breaches of the Framework and Rules of the Nigeria Professional Football League (NPFL).

In a Summary Jurisdiction notice sent to the club yesterday letter signed by the Chief Operating Officer of the LMC, Salihu Abubakar, Plateau United has been ordered to assist security agencies apprehend the said Babayo and others for prosecution failing which Plateau United will be liable to pay a fine of N25,000 per day until the culprit is arrested.

“Plateau United was found in breach of four rules of the NPFL ranging from failure to provide adequate security, assault on match officials, throwing objects on to the field of play, encroachment on the field of play and conduct capable of bringing the league to disrepute. The rules include B8.21, B13.1 and, C1.1

The last charge read, “you are in breach of Rule C1.1 of the Framework and Rules of the Nigeria Professional League Football League, in that on Sunday, 13thth January, 2019, immediately after your Match Day 1 Fixture: Plateau United FC vs. FC Ifeanyi Ubah, some of your designated officials assaulted the Referees, thereby failing to comply with the principles of fair play, sportsmanship and behaving in a manner capable of bringing the League into disrepute.”

The sanctions imposed by the LMC on the club in exercise of its summary jurisdiction include a fine of N1million for failure to provide adequate security, another N1million pursuant to Rule C12 being compensation to each of the assaulted Match Officials and in addition to any certified cost of treatment.

The former NPFL Champions have 48 hours within which to accept the decisions or elect to appeal. However, any of the two decisions the club may choose must be communicated in writing to the LMC and should the appeal fail, additional sanctions may be imposed.