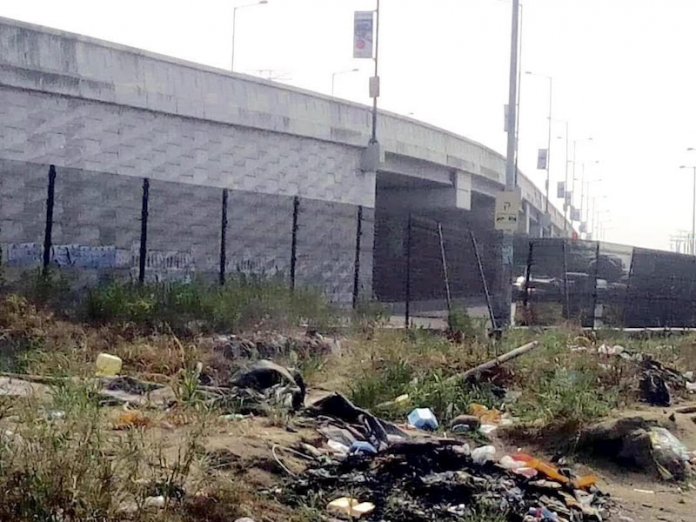 Residents, including investors and commuters of Ajah community in Lagos State have expressed displeasure over the abandoned BRT terminal and Ambode Flyover bridge in the area.

The community members lamented that the present status of the construction has paralysed businesses and other activities in the area and therefore called on the state government to expedite project completion.

According to them, the situation has so degenerated that it scares off prospective customers from patronising businesses, where there were no roads to reach traders and other businesses.

Narrating his ordeal, one of the drivers plying the route, Mr. Isiah Thompson explained that deplorable state of roads has caused him to spend more than he earns to fix his bus due to incessant damage.

He added that incessant hold up on the Lekki-Ajah Expressway was due to the fact that the vehicles can no longer maneuver to the inner roads under construction.

According to him, some of the roads can no longer be used because of their worse state.

A business woman in the vicinity, Mrs Nkechi Nwachukwu, revealed that they had taken several steps to get the attention of government to no avail.

“While we are not ungrateful to present administration for his intervention, most especially in the area of infrastructure, we want to equally appeal to him to intensify efforts on the projects which were already 80 per cent completed.

“We have written several letters to Lagos State Government and Lagos Metropolitan Transport Authority (LAMATA), but we are still awaiting their response.

“We are pleading with the Gov. Ambode-led administration to use the remaining months in office to complete ongoing projects across the state.

“The state government should complete the terminal at Ajah by the bridge side in order to ease the suffering of motorists and boost business activities in the axis,” she said.

She also implored the incumbent authority to make the trend of abandoned project a thing of the past in the state, while ensuring that all projects were completed before he vacates office.