The National President of the Nigeria Union of Journalists (NUJ), Chief Chris Isiguzo, has promised to be the best president the union has ever produced, adding that he had no reason to fail.

Isiguzo made the promise during a special thanksgiving service at the Church of God Mission (CGM), in Umuahia, where he expressed profound gratitude to God for his victory at the NUJ elections held in Abeokuta on October 4, 2018.

He also thanked the leadership of the church and members of his campaign committee, called the Rescue Mission, who, according to him, worked tirelessly for his emergence.

“In history today, I am the youngest president of NUJ since its inception and by the grace of God, I shall be the best ever.”

“I have no reason to fail. If I fail, I fail the church and all those who believed in me,” he said, adding that he would not disappoint the union.

Narrating his campaign experience, Isiguzo said the campaign committee traversed the 36 states of the federation and the Federal Capital Territory, Abuja without any hitches.

He also recalled that the team travelled through Maiduguri, Damaturu and other areas being ravaged by the Boko Haram insurgents in the Northeast, without recording any ugly incident.

“Not even did any vehicle in the campaign train break down throughout the period,” he said, and attributed the success to God’s grace.

He added that he initially doubted his ability to face the incumbent president, Mr. Waheed Odusile, who was in the race for a second term.

“When the idea was first mooted to me to run for the national president, I dismissed it because I was afraid that I would be crushed by the incumbent,” he said.

The NUJ boss said his greatest challenge during the campaign was the hate speech and campaign of calumny mounted against him by his detractors through the social media.

He said the attack against his reputation was so intense and damaging that he almost threw in the towel, barely 24 hours to the election.

“I was being torn to shreds in all the social media portals and at a time, barely 24 hours to the election, I decided to quit the race.

“I was, however, restrained by members of the campaign committee, who insisted that we shall fight the battle to the end,” Isiguzo said.

He thanked God for what he termed “the rare privilege to serve the union,” saying he would not take it for granted.

In his brief remark, the National Secretary of the union, Mr. Shuaibu Leman, expressed delight over Isiguzo’s emergence and hoped that the new leadership would return the union to God.

“Whatever we do as a union, we shall put God first because it is God that shall grant us uplift in our endeavours,” Leman
said.

Earlier in his sermon, the officiating priest and Enugu Zonal Coordinator of CGM, Rev. Godson Elkanah, said “When God’s hand is lifted upon a man, his destiny is fulfilled.”

Elkanah said that for any Christian to make progress in life, he must accept God with all his heart.

In an interview with the News Agency of Nigeria (NAN) on the sideline of the event, the National President of the National Association of Women Journalists, Mrs. Ifeyinwa Omowole, said that Isiguzo’s emergence was made possible by the grace of God, hence the need to show gratitude to Him in a special way.

“The special thanksgiving is to show that the president did not take his victory for granted and I am confident that henceforth the union will move to greater height,” Omowole said.

The event was attended by the former National President of the union, Mr. Bonnie Iwuoha, who was the immediate past Commissioner for Information in Abia, and a cross-section of national and state executive officers of NUJ, among others.

The NUJ president was also weekend conferred with the chieftaincy title of “Ugosinachi” (Honour comes from God), by Eze Uzo Nwosu, the Traditional Ruler of Umukabia, Okaiuga Alike Autonomous Community in Umuahia North Local Government Area of the state.

The conferment took place during a civic reception organised in his honour by the community which is his home town. 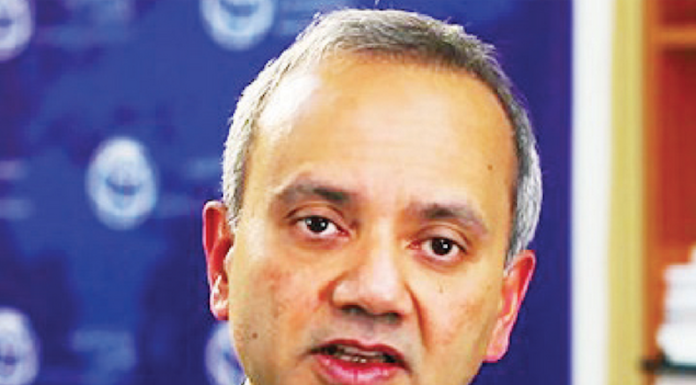