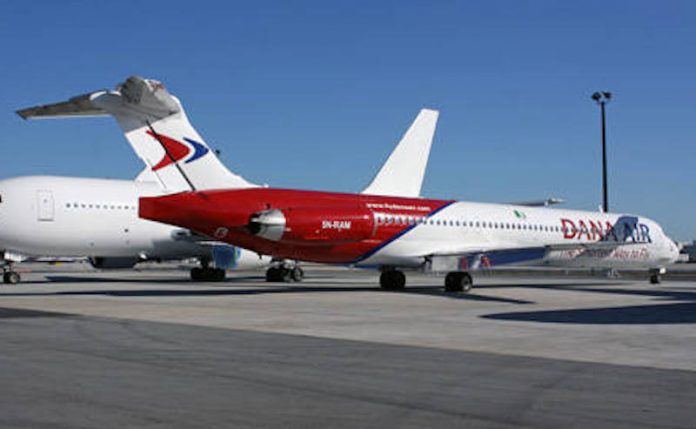 Nigerian Dana Air has supported cancer-fighting non-governmental organisation, Project PinkBlue, to raise over N6 million to support people affected by cancer and the treatment of two cancer patients at a recent music and comedy fundraising in Abuja.

According to the Executive Director of Project PinkBlue, Runcie C.W. Chidebe, “Our plan was to raise 100 million to support 56 cancer patients in Nigeria, however, we raised over N6 million. Yes, we didn’t hit our milestones, but I am extremely happy that we have used the ‘Show Love’ event to express our commitment to support people impacted by cancer. With the donations, we just paid for two patients’ treatment; one was for radiotherapy N600,000 and the other chemotherapy. As people are redeeming their pledges, we would be getting them on treatment gradually.’’

He said with the support of companies like Dana Air and others, “we are hopeful of meeting our target. I want to also specially thank Dana Air for consistently supporting us since 2015. Dana Air has shown that everything is possible and we are grateful, and urge other corporate bodies to emulate the commitment and consistency that Dana Air has demonstrated in this fight against cancer.”

Also commenting on the gesture, the Media and Communication Manager of Dana Air, Kingsley Ezenwa, said: “We are glad to have impacted the lives of these patients positively, and we hope to do more. We have been supporting initiatives like this since we started operations 10 years ago, and have touched the lives of many. We believe that a person must be healthy to be able to eat, read, work and function well in the society and as you also know, health is wealth.’’

The event was hosted by Denrele Edun,  Alex Asogwa Unusual, former Big Brother star; Bella Anne Ndubuisi and Koboko Master, a Nigerian comedian, and graced by supportive Nigerians  including: Governor of Kebbi State Abubakar Atiku Bagudu; his wife, Dr. Zainab Shinkafi Bagudu, who was the special guest of honour; wife of the Governor of Ondo State, Betty Anyawu Akeredolu; wife of the Governor of Niger State, Amina Abubakar Bello; wife of the Governor of Kaduna State, Aisha Ahmed El-Rufai; Cultural Affairs Officer and representative to the United States Ambassador in Nigeria, Sterling Tilley,  and many other dignitaries.