The 2019 Nigeria Professional Football League season will commence this weekend with teams keen to lay a claim to the title.

For everything that went down after the league ended at Match Day 24, a lot will look to build on the success of last season, while for others, it is an opportunity to sing songs of redemption.

Some teams struggled from the outset last term and never shrugged off the poor run but without any team relegated at the end of last season, the 2019 NPFL season provides them with a chance to prove their doubters wrong.

Sunshine Stars, Kwara United, Heartland and Go Round FC were facing the guillotine last time out but now have a chance to aim for the kleig lights.

Kwara United was on the up when Abubakar Bala joined them and he is set to continue with them and that direction this term.

The Ilorin side has also fortified their squad with experienced players to complement the youngsters in the squad.

Wilfred Ammeh, Kenneth Okoli, Yusuf Mohammed, Sunday Emmanuel and Andrew Ikefe have joined Bala in Ilorin. It looks like Kwara are primed and ready for a new challenge.

Sunshine Stars will he handled by Kabiru Dogo who left Lafia side Nasawara United after five years for a fresh challenge in Akure. Dogo is on a mission to pull out Sunshine from the doldrums. A steep adventure considering how their season panned out last term

He will have giant centre-back Seun Sogbeso in his cove and will look to plug the holes a defence that shipped in 27 goals, three less than Yobe who conceded the most last season.

Dogo will have to weave some magic to get Sunshine back in the groove again.

It will be a huge task for him as same can be said for Heartland Football Club of Owerri.

With only 20 points from 24 games, Heartland was firmly rooted at the basement of the league. A measly return of 15 goals scored was heavily negated by the 27 they conceded and the signs don’t look good for the
Owerri side coming into the new season.

Chinedu Efugh will once again be the man to help sheet the Heartland ship to safety. The midfielder has seen it all in Owerri and is relishing the chance to prove doubters wrong.

Sunshine Stars were docked points last season due to their inability to meet up with contractual agreements with their players.

This term will be different.

They are starting on a clean slate and that should be motivation enough for veteran defender Nojeem Raji who told NPFL.ng that football fans across Nigeria will see a new Sunshine Stars.

” We’ve put last season behind us, we are eager to start on a clean slate’ he revealed.

‘What has happened last season has happened, we’ve put that behind us and with a new coach, things can only get better.

‘Sunshine will fight for every available point this season. We are ready to go.” Raji added.

Fidelis Illechukwu has a tough task at MFM this season and he will do well to pull the chestnut out of the fire.

The team, who finished 11th last season lost a plethora of players to other teams and are in a race against time to find adequate replacements.

Exciting youngster Waheed Adebayo is with Rivers United to leave behind a depleted MFM side. Illechukwu has a tough task at hand and maybe, just maybe, this might be a blessing in disguise for the coach who is well known for combing the grassroots for new talent.

Maybe 2019 might be that season for him to unearth a new wave of fresh and exciting rookies like he did three years ago.

FC IfeanyiUbah has had a Jekyll and Hyde type spectrum in the last three years. They’ve blown hot and cold and then cold again.

They finished 17th last season with 28 points from 24 games, scoring 23 goals with conceding 26, a far cry from their usual lofty heights.

They’ve also lost a couple of players and they haven’t exactly been active in the transfer market.

These aren’t the best of times for the Nnewi side and they will have to dig deep to do better than they did last season.

Rivers United finished in mid-table last season (9th position) with 34 points and it doesn’t look like they will go any better this season.

The Port-Harcourt side will once again be tutored by Stanley Eguma who is into his 11th season with the team.

They’ve retained the bulk of the team that defended their colours last season but will have to do without two of their star players.

The 2019 season will definitely be a very interesting one because of the new dynamics.

Two groups of twelve battling it out will definitely serve up some very interesting games and for those teams who struggled last season, this might be a great opportunity to appease their fans and stake a claim for the league diadem. 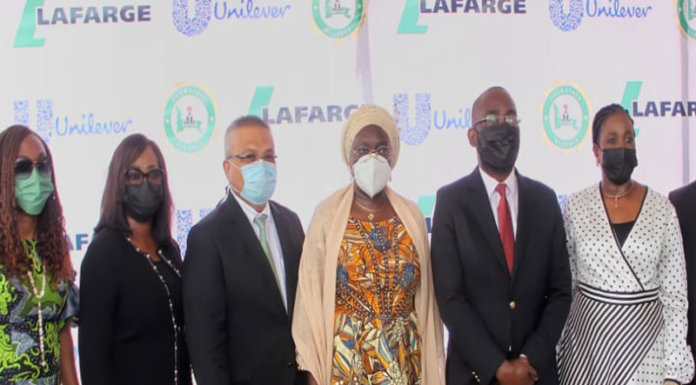