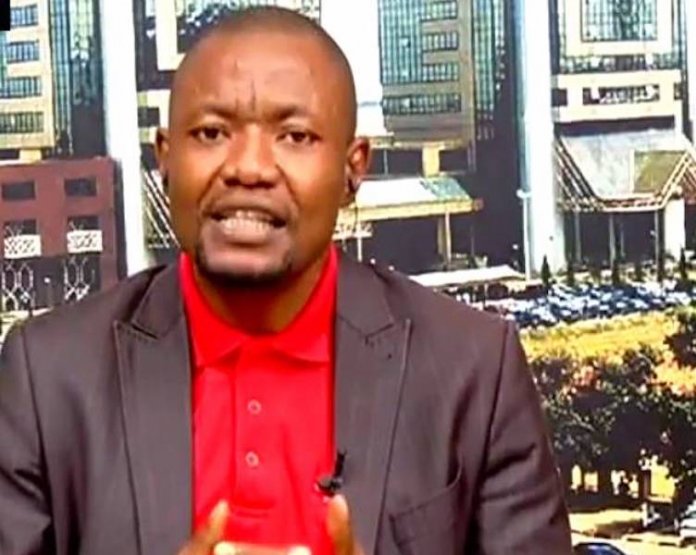 A report titled: “The Economic Impact of Counterfeiting,” has disclosed that industries world-wide loses large amounts to counterfeiters.

These losses, according to the report by Organisation for Economic Co-operation and Development, does not only affect the producers of genuine items, but they also involve social costs.

The ultimate victims of unfair competition are the consumers. They receive poor-quality goods at an excessive price and are sometimes exposed to health and safety dangers.
Furthermore, the report noted that governments lose out on unpaid tax and incur large costs in destroying and prosecuting defaulters.

With the damages caused by the preponderance of substandard products, Nigerians have been urged to consciously reject them and imbibe the culture of reporting illicit products to the agency.

This is expected to help the SON apprehend, destroy and prosecute the merchants and their agents.

It has been established that fake and substandard products are part of the major causes of the ecological hazards the country faces on a daily basis. Hence, it is a patriotic and ecological duty to do so in order to combat the war, especially in a country that is still on ground zero when it comes to recycling and green technologies.
However, stakeholders believe that Nigerian consumers are not adequately educated about their rights.

Consumers need to be sufficiently educated on the negative consequences of counterfeit products and how to identify them and report to the appropriate authorities.

Greg Odogwu, an environmentalist told THISDAY that communication is the key to foster good citizenship, adding that the media should also assist in the education of consumers.
He said: “The more people are aware of their rights as consumers and the consequences of substandard products, the more the problem would be able to be tackled.
“In America and Europe, there are one dollar shops and one pound shops where cheap products are sold. Anybody that goes there knows the quality of goods they are buying as well as what to expect.

“But in Nigeria, people go to the same market and buy all kinds of products without knowing the quality of what they are buying. Someone might be buying products that bear the label of the original without knowing they are buying counterfeit products.”
Recently, SON urged importers of substandard goods to desist from wasting huge sums of money on importation of goods that have no consumer utility.
It also added that such fake goods would end up being destroyed if intercepted, pointing out that the agency would stop at nothing to protect the lives and property of Nigerians.
Director-General, SON, Osita Aboloma, gave the charge at a destruction site in Lagos.

“Please stop wasting your money importing substandard goods, we cannot afford to compromise on quality because the lives and property of Nigerians are paramount and our primary responsibility is to protect Nigerians from these goods that are injurious to families and the nation at large.
“We are here to destroy some substandard products we intercepted at the ports, borders and highway, we tested them and found out that they failed the basic parameters for standard products and some of the products have expired.

“We do not want these products to find their way into the markets, because they are harmful to human lives,” Aboloma said.
He listed the products that were conveyed to the dumpsite as electric cable, cylinders, expired cigarette packaging materials, tyres, electric bulbs, motorcycle tubes, extension sockets and unfortified sugar.

According to him, about N22.7 billion worth of substandard goods have been destroyed so far this year, stating that the agency will intensify efforts to tighten the noose where most of the substandard goods find their way into the shores of the country.

“We have been destroying over time and for this year alone we have about N22.7 billion worth of products where some have been destroyed while some are awaiting destruction.
“We have thousands of electric cables, stuffed tyres and cylinders in our warehouse waiting for further investigation and analysis,” he said.

He said that SON could not be happy destroying the goods because the action brought nothing but drain on the national economy and hard-earned foreign exchange, maintaining that SON remained a business facilitator established to help genuine businesses to grow.

“Our message to the importers is that we are not happy destroying these goods because it is a drain to the national economy and our hard-earned foreign exchange.
“Importers pay foreign exchange to import these products and when they bring them in, we seize and destroy them. This is not good for anybody.
Odogwu further argued that the collapse of the country’s textile industry was as a result of substandard fabrics that flooded the domestic market, found everywhere and sold at cheaper prices.

According to him, N15 billionn is believed to be lost annually to fake or counterfeit goods annually, directly causing loss of tax revenue to the government, income loss to local manufacturers and loss of jobs in the employment that would have otherwise been generated.
He listed many reasons why substandard products are still in the Nigerian market.

“The first reason is non-commensurate penalties and fines for offenders. Until recently in 2015 when the SON Act of 2004 was amended and replaced by the SON Act 14, there were almost no penalties and deterrent fines. The penalties for offences stipulated in the laws of Nigeria appeared to be incentives to criminal activities, rather than a deterrent. The highest fine for bringing fake and counterfeit goods into the country was about N50,000. What this means is that a criminal who knew how much he was likely to make from the business, would prefer to do the bad thing and keep his fine of N50,000 in his pocket in case he was caught.

However, there are now relatively severe penalties for offending manufacturers, importers and sellers of sub-standard or fake products in the amended SON Act 2015, ranging from N1m fine to life imprisonment.
Secondly, he added, “Until recently, there was lack of power to prosecute. Before SON impounds a fake product, certain law has to be followed, but it did not have prosecutorial powers.

“The laws before the amendment only allowed the police and the Attorney-General of the Federation to prosecute, and it was affecting enforcement of regulation against counterfeits.
“This was why one would hardly hear about which and which offenders SON had been able to send to jail as a result of counterfeiting.”

Ultimately, to win the war of substandard products, all companies need to make sure that their trademarks are adequately protected and to implement anti-counterfeiting policies to deal with the menace.
A number of technologies, such as holograms, smart cards, biometric markers and inks, can be employed to protect and authenticate genuine products