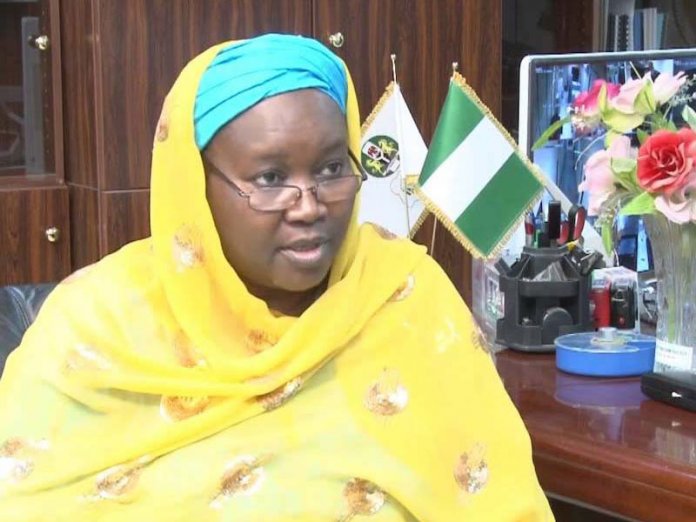 The family of the National Commissioner of the Independent National Electoral Commission (INEC), Mrs. Amina Zakari, has appealed to Nigerians to leave her alone and allow her concentrate.

The family in a statement yesterday, described as blatant lies the allegation that Zakari has a blood tie with President Muhammadu Buhari.
Their position was contained in the statement signed by Isah Zakari obtained by THISDAY yesterday.

“Enough is enough. Leave our mother, daughter and sister alone to serve the nation as she has done so diligently over her life and career,” the statement read.
Describing the outrage that trailed Zakari’s recent appointment as coalesce campaign of calumny orchestrated to pull her down, the family members described the INEC National Commissioner as a patriotic Nigeria who has served the country faithfully and honestly for years without blemish.

They said they were pained by reports that portray her as working to sabotage INEC’s determination to advance the democratic journey by creating a conducive atmosphere for citizens to exercise their voting rights.

While insisting that Zakari is not a blood relation of the president, the family members said Buhari’s sister was once married into Zakari’s family but the union was short-lived.

The statement read, “Contrary to the widespread belief, Amina Zakari is not a blood relation of President Muhammadu Buhari. Her mother was from Daura (born and bred in Kano) and she was not Buhari’s sister.

“It’s also true that Buhari’s sister was once married into the family. The union was short-lived and did not produce a child. This all happened well before Mrs. Zakari was born.
“Furthermore, Alhaji Tanko Yakasai, the veteran Kano politician who first made the claim that she was born by Buhari’s sister has since recanted. Those who have held on to the claim are therefore either unaware of his recantation or they are simply incapable of letting go their prejudices in the face of facts to the contrary.”