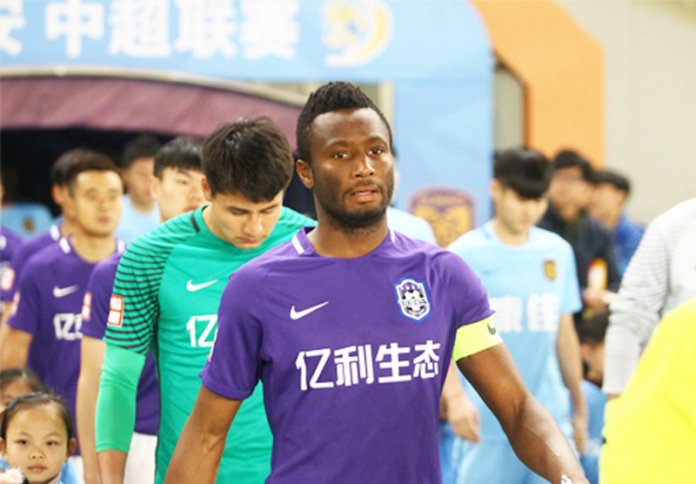 Super Eagles’ captain, John Mikel Obi, has been linked with a move to Turkish giants, Fenerbache, a few days after he cancelled his contract with Chinese club, Tianjin Teda.

Mikel, 31, agreed to the termination of his contract with Tianjin Teda on Thursday ending his two- year stay with the club. The former Chelsea midfielder refused to travel with the team for their pre-season training in Spain and announced his departure later.

He signed a three-year contract with Tianjin Teda in January 2017, joining from English Premier League side, Chelsea after he was frozen out by then Blues manager, Antonio Conte. Mikel made 31 appearances for the Chinese side, registering three goals and three assists. According to a report in French online news outlet, L’equipe, Mikel is now attracting the interest of Fenerbahçe who are looking to bolster their midfield options during this window.

On the international scene, Mikel has not featured for Nigeria since their last group game against Argentina at the 2018 FIFA World Cup in Russia. He has been capped 85 times by the West Africans and registered six goals.