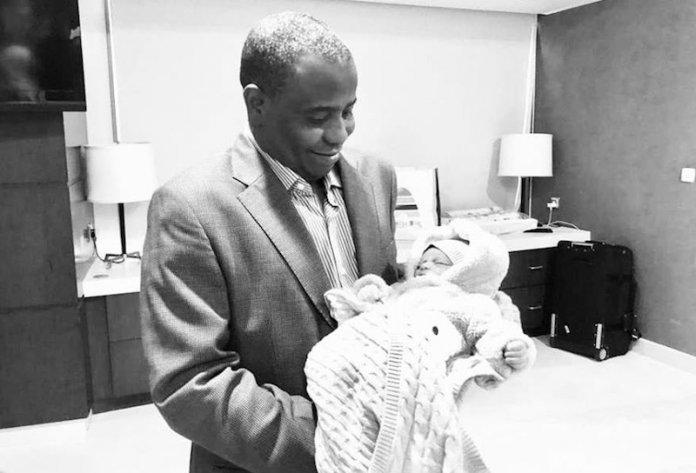 Governor Aminu Tambuwal is an unusual man. Like an ageless oak, he stood strong and unbending against the tide of scorn and condemnations that trailed his new wife, Mairo Mustapha-Tambuwal’s inability to bear him a child after years of marriage. The Governor of Sokoto state never dithered in his resolve nor did dream of taking another trophy wife to fulfill the yearning of his loins. His long wait and loyalty finally paid off as his wife gave birth to a bouncing baby girl in Dubai some days ago.

It is understandable therefore, that the arrival of their baby girl should drive her into spasms of unparalleled ecstasy. Mairo is in a blissful state as you read.

However, through fortunate seasons and her most trying spell, Aminu stood unflinchingly by her, urging her to seek solace in God’s ceaseless mercies. Lest you begin to think that Mairo must have been fraught with disaster, she wasn’t. The wife of Sokoto’s most powerful man simply rued her inability to bear him a child.

After years of marriage, she finally bore Aminu, her idol, a beautiful baby girl in his towering image. It’s a delightful to see her glow with pride and contentment over her latest feat. Her heartfelt wish has been granted and unlike so many of her peers, she never had to endure heartache or abuse from her husband before she bore him a child.  Interestingly, Aminu has been particularly commended for exhibiting enviable maturity and tact. While so many other men would have taken mistresses outside wedlock and subjected their wives to emotional and physical torture for failing to bear them children, he lovingly and dutifully stood by Mairo.