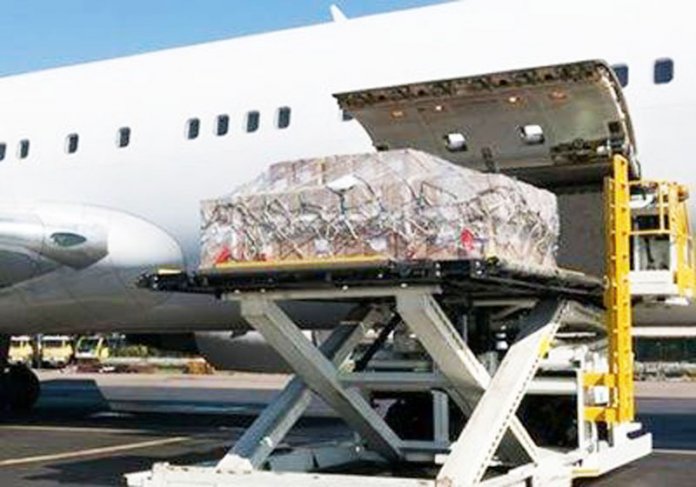 Sifax Group, a fast-growing conglomerate in 2009, through SAHCO, then acquired the Federal Government’s 100 percent equity stake in Skypower, an aviation ground handling services entity, under the privatisation programme of the Nigerian Government. Following the acquisition, Skypower became a wholly owned subsidiary of SAHCO, with its operations taken on by the company

Based on information made available by the management of SAHCO, they are not relenting on their efforts to further reposition the company for greater performance. “The company is further determined to continually deliver excellent and speedy Aviation Ground Handling services to the fulfillment of its customers and the Aviation industry in general,” a statement from the management disclosed.

Just three months ago, SAHCO undertook a business combination with Skypower wherein both companies were consolidated with SAHCO as the surviving entity, which became effective on October 2, 2018. The company was subsequently converted to a public limited liability company on October 5, 2018.

Purpose of the Offer

The purpose of the Initial Public Offer according to the prospectus of the Offer is to enable the Vendors i.e. the three key shareholders in SAHCO Plc, namely Sifax Shipping Company Limited, Barrister (Dr.) Afolabi Taiwo, Chairman Sifax Group, and Mrs. Folashade Afolabi to divest 406,074,000 Ordinary Shares of 50 Kobo each representing 30 percent of the entire issued and fully paid up Ordinary Shares of SAHCO in partial compliance with the terms of the Share Sales and Purchase Agreement (SSPA) as approved by Bureau for Public Enterprises (BPE).

Arrangements for the Offer

At the Extra-Ordinary General Meeting of the Company held on 24 September, 2018, the Directors of SAHCO proposed and the shareholders approved an Offer for Sale of 406,074,000 Ordinary Shares of 50 kobo each to the general investing public to enable the Vendors to divest 30 percent equity stake in SAHCO in partial compliance with the terms of the SSPA (as approved by BPE).

Details of the Offer

“Subject to the above, applicants shall be allotted the minimum subscription units as specified in the prospectus and then the residual balance shall be pro-rated i.e. all Applicants would be allotted equal proportion of the amount applied for. Furthermore, 10 per cent of the Ordinary Shares being offered for sale will be reserved for staff of SAHCO (in accordance with section 4.2 of the SSPA and section 5 (3) of the Public Enterprises (Privatisation and Commercialisation) Act No. 28 of 1999) under an Employee Stock Ownership Plan to be set up and administered by a Trustee”, the prospectus explained.

Since the privatisation of the company, the company has grown consistently from a revenue of N2.31billion and total assets of N3.33billion in 2009 to an annual revenue of N4.86billion and total assets of N14.54billion in 2017, representing 111 per cent and 337 percent growth rates respectively. In the last five years (based on its audited financial statements from 2013 to 2017), SAHCO has maintained a stable operating performance with a compounded annual revenue growth rate of 4.43 per cent as well as improved profitability evinced by an average operating and profit margin of 12.1 per cent and 11.6 per cent respectively.

The company’s management noted that following the implementation of a number of turnaround initiatives post-privatisation, it had built strong competence as one of the leading aviation ground handling companies in Nigeria growing its market share from 21 per cent in 2009 to over 40 percent in 2017. “This growth has been largely driven by SAHCO’s deliberate strategy to deepen its technical capacity required for the sector with significant investment in personnel development, purchase of modern equipment, infrastructural development and customer services, which has helped reposition the company to meet the expectations and needs of its clientele”, the management stated.

SAHCO’s future strategy is to create long-term shareholder value through the profitable operation and expansion of its business beyond Nigeria and into other West African markets with a vision to become the leading provider of passenger, ramp and cargo handling services in the West Africa sub-region.

“In order to achieve this objective, SAHCO seeks to pursue growth and opportunities consistent with its business operations by focusing on operational excellence and efficiency, enhanced service delivery, strategic partnerships and alliances (that would enhance its capability both in the domestic market and globally) as well as strategic investments, amongst others,” the management revealed.