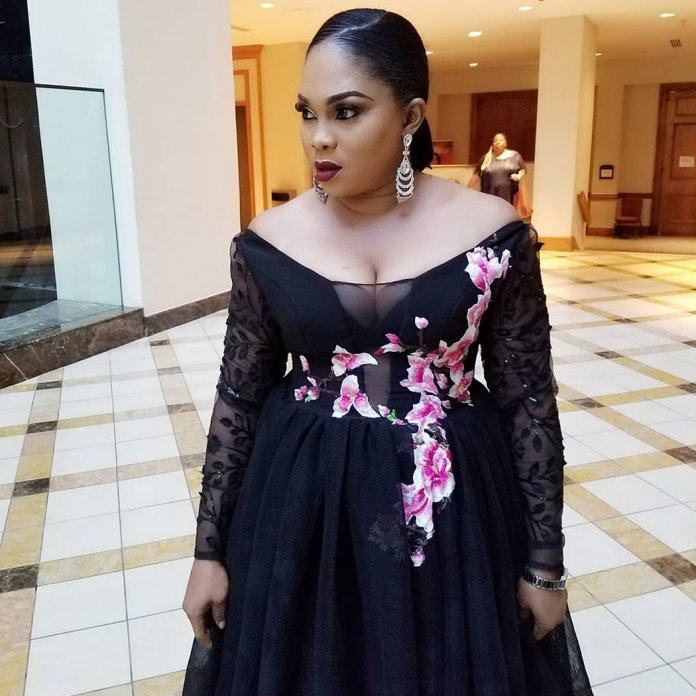 Regina Chukwu is an actress, producer and director who has made her mark in the movie industry, shooting and taking part in many major movies. With 12 movies and counting, to her credit, she is hungry for more. She tells Tosin Cleggabout her journey, motherhood, her career in the different sectors of the industry and much more

I was born in Lagos and grew up in Lagos in Alimosho. I attended Alimosho Primary and Grammar Schools then later went to Lagos State Polytechnic (Laspotech). I think right now, I am living my dream, as a kid of being an actress and see myself on TV. I watched a lot of TV programmes when I was younger and I admired people on my TV screen. So, I think am living my dream now.

I’m a Nigerian first before being Igbo

I was born and live among the Yorubas in Lagos. Yoruba is a language I understand very well and I think I speak Yoruba more than my language. Going into the movie industry, I wanted to go into the English side but Yoruba movies affected me and they were welcoming and made me feel at home. So, I started off with them.

I have always loved acting

But the person that showed me the right steps to take was this young guy that lived in my area in those days. He would say ‘Aunty Regina I like your face o and if you act you would make it’.  Then I was like I would love to act but for now, I don’t have time for that, as things were not too okay for me then and I was like not now. But he comes every other day to disturb me where I was selling to tell me to let him introduce me to somebody who would be my mentor in the industry. Then one day I decided to go with him and that was how it started. I joined the guy’s circle and stayed with him for a year or two then I moved to Kunle Afod circle. I understudied him for a few years and did my first movie. That was it and the rest they say is history.

When I came to the industry, I thought it was going to be easy and that I would just come and there would be rules and that’s just it. But it wasn’t easy, as it was difficult and roles weren’t coming, nothing was happening and nobody believed in anybody as they didn’t believe in wasting their time on who they are not sure of. So, the first one was the fact that it was difficult for me to get roles, so I had to become a makeup artiste on set and with that, I became acquainted with so many people and when I go to production and probably they need extra cast I would be able to take a role.

Later on, I shot my own movie and became the lead cast, and that was it. I produced myself and it was called ‘Ogunso’ and everyone was like who is this new girl and all that. After Ogunso, I shot another one, Idaro and everyone started getting accustomed to me. Then the biggest of them all came, which was ‘Akun’ where I played a stubborn character.

It was the movie that brought me to the limelight and paved way for me. It’s a nice movie and people still make reference to it, such as ‘that grandma daughter, that girl that played a secondary school girl in the movie and she is even Igbo’ and all.

I have produced about 12 movies and the first actors I was opportune to work with in my early days were Antar Laniyan, Toyin Adewale, Baba T, Liz Dasilva, Funke Akindele, Iyabo Ojo and more, as I have worked with so many producers and actors.

My kids are everything to me

I have a boy and a girl and they are no longer kids though. They are teenagers and the challenge is that I have been the only one catering for them since we lost their father. And it’s not been easy and it’s been 15 years since their father died and it was a painful phase taking care of them. I’ve been their mother and father, doing so many things that ought to be done by their father. As a young widow in the society, I bless God and the kind of children He blessed me with. They are the kind of children that would understand if we don’t have one or two things, and they manage with me. We have been blessed with good health and love around us so I just thank God.

I have shot some movies that hopefully would get to the cinema, and I am still hoping to shoot more this New Year and I pray to God to help me to finish them. And I have a movie titled, ‘Encounter’ and that’s one of the biggest movies I have shot so far. So I’m hoping it goes to the cinema this year.

Life has taught me that whatever will be, will be

Sometimes you look at yourself and feel you are probably losing something or somebody else is getting something or what’s wrong with me? Or is there something I’m not doing right or are other people having this and am not? But I believe when it’s your time, it would come, as everybody has their own special time to be celebrated. Just keep pushing and doing that thing you love to do best.

I deal with fame pretty fine

And fame hasn’t cost me anything I do normally. I’m a free person and I still do the things I used to do, except the fact that I used to sell wares beside the road, and now I live a better life. When I’m off the set I’m still Regina and if being a celebrity has done anything for me, it’s to be a better me.

And I would love to do buying and selling. I like it so much more and, asides from that, it’s acting and everything that has to do with filming. For my hobbies, I like travelling and seeing beautiful places and watching movies a lot. I like Korean movies and staying indoors enjoying my space. The happiest you see me is when I’m in front of the camera and I like going to locations.

I see myself where God wants to place me

I see myself as a better person, as the plan of God for me is a better one. I know where he wants to place me is better.