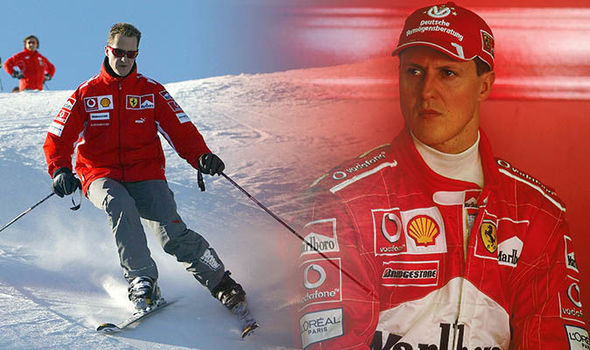 Michael Schumacher turns 50 on January 3, but his physical condition remains a mystery to those outside his personal circle, following the skiing accident which left him with severe brain injuries in December 2013. He has not been seen in public since.

But the memory of what Schumacher achieved in Formula 1 over a career that totalled more than 18 seasons and spanned 21 years is indelible.

On Thursday, Toto Wolff, the boss of Mercedes, the final team for which Schumacher drove, paid tribute to the “tremendous impact” the German had on the sport.

Beyond the records of seven world titles and 91 wins, Wolff pointed out, Schumacher “also shaped and changed the sport forever. As a driver, Michael took Formula 1 to a whole new level with his attention to detail and his technical knowledge”. He could have added physical preparation to the list as well.

Wolff’s remarks took one’s mind back to October 2012, when Schumacher announced his retirement at the Japanese Grand Prix. He did not always have the warmest of relations with the media – he was too controversial for that – but as he finished his prepared statement in the Mercedes area that day he was given a round of applause.

It was a mark of the respect in which Schumacher was held, regardless of some of the darker mome   nts of his career.

Sadly for someone who achieved so much, Schumacher’s career fizzled out. He had returned to F1 in 2010 with Mercedes, hoping to add to his records. Instead, with an uncompetitive car, he managed just one podium, and was generally out-performed by team-mate Nico Rosberg.

It was a discombobulating experience during those three years to watch a man who had dominated the sport for so long look like just another driver. In that way, the Schumacher who returned to F1 was quite different from the one who finished his first career with Ferrari in 2006. The new Schumacher was more human, more open and more likeable. But he was also nowhere near as good.

As he put it himself that day in Japan: “In the past six years I have learned a lot about myself. For example that you can open yourself without losing focus, that losing can be both more difficult and more instructive than winning. Sometimes I lost this out of sight in the earlier years.”

It was not a remark you could have imagined him making in his first career, when self-doubt was something that simply did not appear to be part of his make-up.

A final pole for pride

There was one big high point in that final season of 2012. Schumacher took pole in Monaco, beating all the new generation of drivers who had taken his place – Lewis Hamilton, Fernando Alonso, Sebastian Vettel et al.

In normal circumstances, that would almost have guaranteed he went on to add a 92nd win the following day. But the achievement of being the fastest man of all one final time was only for pride, and a fleeting reminder of what he had once been. Schumacher had a five-place grid penalty, which demoted him from pole position to sixth on the grid. He retired from the race.

That penalty was given to Schumacher for an accident he caused at the previous race in Spain, when he rammed into the back of Williams driver Bruno Senna having misjudged his rival’s actions.

That was only one of four similar incidents in a span of 18 months that crystallised the impression that the time was approaching where Schumacher should call it a day.

The impression was not lost on Schumacher. For months that summer, he vacillated on his future and in the end his hand was forced. Mercedes, then run by Schumacher’s long-time collaborator Ross Brawn, signed Lewis Hamilton and Schumacher was left with the decision of trying to get a drive with a lesser team or quitting. He made the right call.

The struggles during his return had an unfortunate effect on Schumacher’s legacy while he was competing in those final three years of his career. People within F1 – people with the highest regard for his achievements – began to question what had gone before.

There had always been question marks over his first title with Benetton in 1994, given the highly controversial nature of that year. Illegal driver aids were found in the car, but Benetton were not punished because governing body the FIA said they could find no proof they had been used.

But during his comeback, people began to look back at the dominant Ferrari era of the early 2000s, when Schumacher won five titles in a row, and started to wonder aloud just how much of an advantage he had.

It was the richest team, they had unlimited testing and bespoke tyres. Did this, people have said, mean Schumacher was not as good as he had looked?

If you had watched him during his first career, though, you knew how ridiculous an assertion this was. Schumacher in his pomp was something truly special, a man who was routinely, on every lap, able to dance on a limit accessible to almost no-one else.

Sure, the competition in his heyday was not as deep as it was when he made his return, but Schumacher performed miracles with a racing car that stand comparison with the greatest drives of any era.

Victories such as his wet-weather domination of Spain in 1996, his incredible fightback in Hungary in 1998, his on-the-limit battle with Mika Hakkinen at Suzuka that clinched his first title in 2000 were tours de force. And there were many more among that astonishing total of 91 victories.

A darker or more human side?

So too, as has been well documented, there was a dark side to Schumacher, and it was never far away through his first career.

Notoriously, he won his first world title after driving into Damon Hill’s Williams. He failed to pull off a similar stunt in 1997 with Jacques Villeneuve. And perhaps most pernicious of all, he deliberately parked his car in Monaco qualifying in 2006 to stop Fernando Alonso taking pole position from him.

Those were just the most extreme examples of a modus operandi in which Schumacher seemed often to act without morals, a man who was prepared to do literally anything to win, the sporting personification of Machiavelli’s prince, for whom the ends justified the means.

People who worked with him say these were aberrations at odds with a man who, to those in his inner circle, was warm, honest, humble and generous to a fault. But those acts continued to haunt Schumacher to the end of his career, and he always refused to discuss them, never entertained the prospect of saying sorry.

“We are all humans and we all make mistakes,” he said at Suzuka that Thursday. “And with hindsight you would probably do it differently if you had a second opportunity, but that’s life.”

He was given a second opportunity at F1, and he took it because in three years he had found nothing to replace it in his life.

His self-belief persuaded him that he could come back as good as he had been when he went away, but he learnt that time stands still for no man.

As memories of that ill-fated return have faded, though, the ‘real’ Schumacher has come back into focus. A human machine, a force of nature, a sportsman who raised the bar in his chosen arena and carved himself a place in sporting immortality. The complexity of the legacy just makes him all the more interesting.

Six years later, Hamilton looks capable of threatening records that not that long ago appeared impregnable.

But whether Schumacher’s records are broken or not, whether or not he recovers from his accident sufficiently to re-enter public life, he will forever remain one of the very greatest F1 drivers there has ever been.