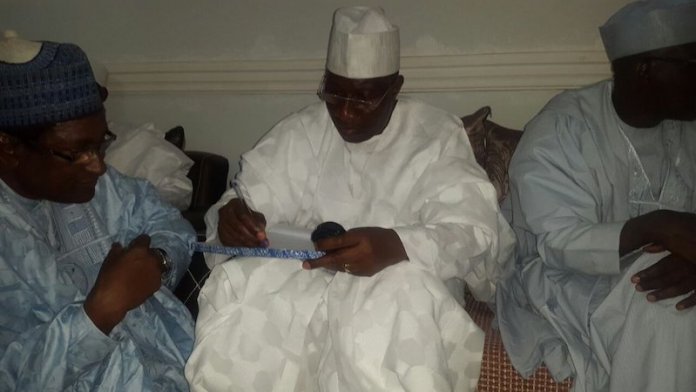 Former President Goodluck Jonathan yesterday condoled the family of the late former President Shehu Shagari, describing the deceased as amiable leader that  meant well for Nigeria and the world at large.

Jonathan was accompanied by the vice presidential candidate of the Peoples Democratic Party (PDP), Mr. Peter Obi and Governor Aminu Tambuwal, as well as other leaders of PDP in the state.

He said late Shagari had played key role in the development of Nigeria and the democratic system. “A unique habit of late former President which only those who had interacted with him would tell is he was a very simple and humble man in spite of various positions he held.“He possessed a very clean and good heart which he had shown clearly in life time thorough various engagements and activities.

“We are mourning today, however, we are still happy because it is not easy reaching the age of 93. I believed be had done all the works Allah has asked him to come and do on earth,” he said.