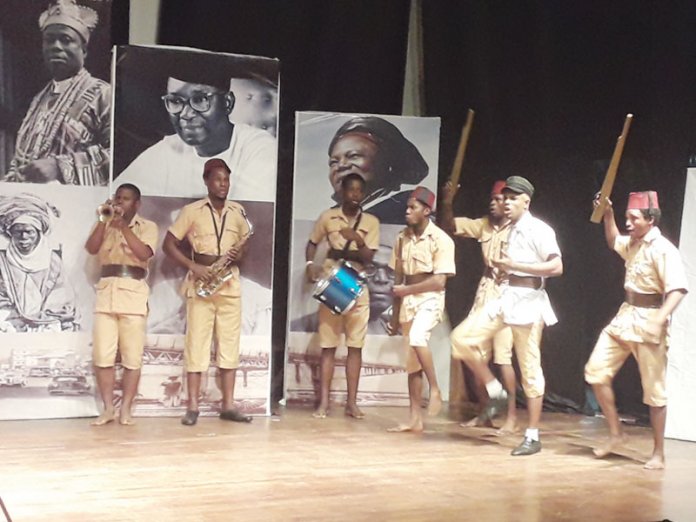 Since some education policy makers in Nigeria have put the subject of history in a lying-in-state situation, it had become imperative for theatre producers to teach the people history through dramatic performances. That was the reason why the producer of Oba Esugbayi, Joseph Edgar sought the director of the play, William Benson to craft the best piece yet on the invasion of Lagos by the British Colonial powers.

Sponsored by MTN Foundation and the Lagos State Government, the play was staged at the Agip Recital Hall of the MUSON Centre in Onikan, Lagos. It offered glimpses into Lagos just before the colonial intrusion. It begins with everyday activities – the people are completely oblivious of the impending danger. Clubs are pulsating with music; traders are conducting their businesses without fear or regulations; some are marrying; others are returning from the United Kingdom, presumably educated.

Amidst these are those flamboyant Nigerians who benefited from the colonial relations even at the detriment of national interest. That is the plot of Oba Esugbayi drama.

The conflict revolves around the fight against the imposition of water tax by the colonial government. The pipe-borne water project is meant to improve the sanitary conditions in Lagos. Oba Esugbayi (Yemi Shodimu) opposes the water scheme and says if it must be done, then the Europeans who need it should pay for the water project. He backs the people in protest against the colonial government. This water tax issue causes a split amongst the Lagos elite. There is a pro-government camp made up of Kitoyi Ajasa, Dr John Randle, Dr Obasa, Henry Carr, Candido da Rocha, Chief Obanikoro, Chief Alli Balogun and the anti-government group comprising of Herbert Macaulay, J. Began Benjamin, Dr. Adeniyi Jones, and Dr. Caulrick. Some like Dr. Obasa and Randle are initially in the anti-government camp but back pedalled after getting threats of being seditious and engaging in activities inimical to the war effort. Eventually, Oba Esugbayi is arrested for failing to cooperate with the colonial government and deported to Oyo. But upon his return from exile, he received a hero’s welcome.

There was an attempt by the playwright to appropriate some historical elements in the narration while puzzling the audience with some details that are fictitious. For instance, Lord Lugard (Offiong Anthony otherwise known as Thin Tall Tony) is the representative of the colonial government in the play and one of the first opening scenes in the play shows him and his wife deliberating on the name for the amalgamated northern and southern protectorates, now known as Nigeria. The unity of the market women, fostered by Alimotu Pelewura (Yinka Davies) is shown as a powerful tool of resistance against the colonial government when an attempt is made to impose direct taxation on the women traders and regulate their position at the Lagos Business District. The women are harassed and threatened by some of the overzealous officers of the state who were trying to enforce the regulations of the colonial government.

“A lot of our history is hidden,” she argued. “Most of our children do not know our story because they are not taught our story.”

That’s quite true. But the drama also unveiled the distrust that the colonised had against the colonisers. The latter failed to keep their side of the treaty; with records of educated natives earning far below the low-cadre staff who were Europeans, thus making the Nigerian people resist the imposition of tax on the citizens as it was perceived as the colonial government’s ploy to amass wealth for themselves.

The stage design was reminiscent of the heroes of the colonial period such as Herbert Macaulay, Funmilayo Ransome Kuti, Nnamdi Azikwe and Obafemi Awolowo amongst others. The quality of the images on the stage flats did not do justice to how much they are cherished in the collective memory. Follow spots played a delineating role for the narrator in all the scenes although there were a few moments when the lighting cues were missed, making the narrator wait a few seconds in the dark before the spotlight was beamed in that direction.

The drama ended with the reminder for Lagosians to vote wisely in the 2019 elections by the narrator, thereby situating the all-time relevance of the play in the scheme of things. A curtail call brought the play to a wrap but not without missing Thin Tall Tony’s absence on stage for a few minutes before he returned to the stage wings to acknowledge the audience’s applause, having shed a few of the costumes. It was a defiance of the professional code of ethics in theatre to miss the curtain call but can easily be pardoned if it was done in response to urgent nature’s call. 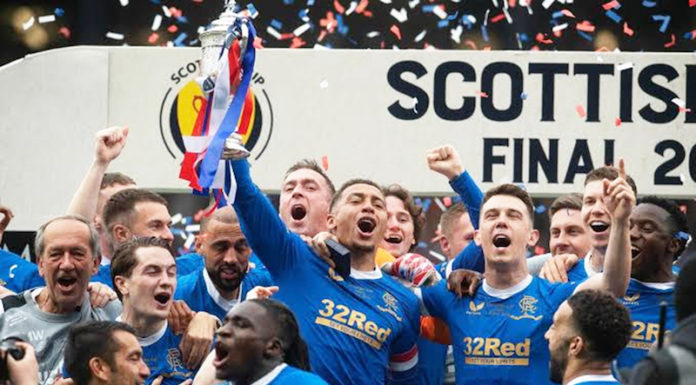