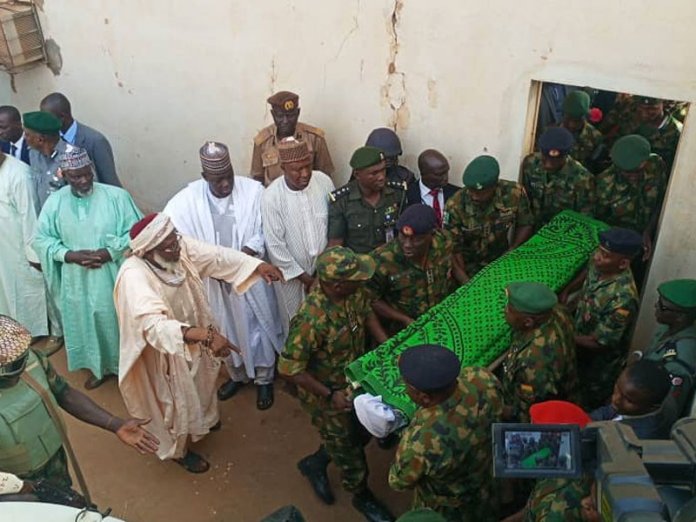 The remains of former President Aliyu Shehu Shagari have been laid to rest in his home town Shagari in Shagari local government of Sokoto State.

The burial was followed by a military parade by members of Nigeria Armed Forces.

At the burial, President Muhammadu Buhari was represented by the Attorney General of the Federation and Minister of Justice Abubakar Malami, Minister of Agriculture Chief Audi Ogbeh and Minister of Women Affairs, Hajia Aisha Abubakar.