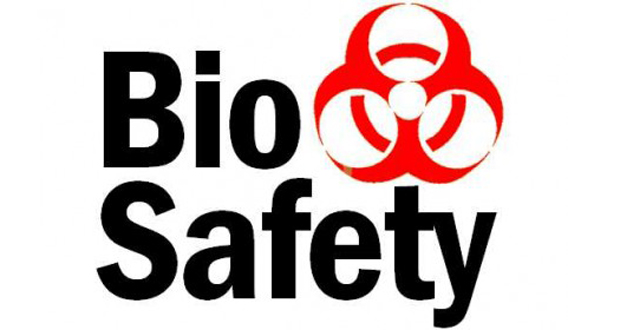 The Director-General of the National Biosafety Management Agency (NBMA), Mr. Rufus Ebegba, has revealed why the lingering disagreement between his agency and campaigners against Genetically Modified Organisms (GMOs) will not end soon.

Ebegba stated that the lingering crisis between NBMA and some environmental activists is a ‘trade war’, saying  the disagreement won’t end soon because the agitators against GMOs had made up their minds to discredit government and the agency without considering the economic implications.

Over 20 civil society organisations (CSOs) led by Health of Mother Earth Foundation (HOMEF) and the biosafety agency have been at loggerheads over the safety of genetically modified foods being spread to Nigerian markets.

He said, “There is no way I can assure agitators that modern biosafety is safe because they are apostle of people who believe in certain aspects of the economy. And it may interest you to note that those who have constantly agitated have never for one day, say let us see what the agency has but they just believe the agency is not competent.”

“They discredit the agency and that is not the way to do things. If you mean well for your country, why don’t you go to relevant authorities and express your fears, concerns and listen to what they have to tell you.

“But they just decided to vilify the agency for their personal interest and I think we would continue to enlighten Nigerians and give them confidence that this agency is here for them,” Ebegba said.

He, however, noted that the agency won’t succumb to pressure from anybody as regards strengthening of modern biotechnology in Nigeria, adding that some individuals cannot just sit somewhere and decide for the entire Nigerian populace “all in the name of activism.”

According to him, “I want to also tell Nigerians that NBMA will ensure that nothing unsafe that comes from modern biotechnology would be allowed into the Nigerian space. Safety, we shall ensure Nigerians of that.

“We would make sure that whatever that is approved is what is safe. We would have done risk assessment, not just approving anything, we would never do it.

“And if anybody brings any genetically modified organism into this country without approval or certification for safety, such person or group or company would be liable and there are severe consequences of penalty, jail and fines. I am sure the agency is capable of ensuring that the law is implemented,” Ebegba said.