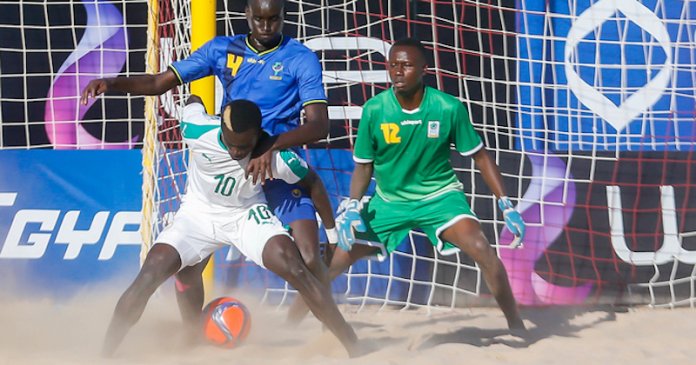 Senegal yesterday confirmed superiority over Nigeria’s Beach Soccer National Team as they walloped the Supersand Eagles 6-1 in the final of the CAF Beach Soccer Cup of Nations in Egypt.

The defeat notwithstanding, Nigeria booked their ticket to the 2019 FIFA Beach Soccer World Cup finals.

Nigeria and Senegal opened the hostilities in Group B of the continental finals in Sharm El Sheikh, Egypt on Sunday, with both teams locked at 4-4 after regulation and extra time before Senegal, four-time champions and Cup holders, won 2-0 on penalties.

Yesterday, however, the Senegalese were more vicious and despite the second period ending at a respectable 2-1, they went all fangs out in the third and final period to win 6-1.

Abu Azeez, the worthy veteran who scored four in the 7-6 defeat of hosts Egypt in the first semi-final on Wednesday, took his Nigerian tally to 104 by hitting the Supersand Eagles’ only goal of the match. He also finished the tournament with eight goals.

Both Senegal and Nigeria will fly Africa’s flag at the FIFA Beach Soccer World Cup holding in Paraguay towards the end of next year.