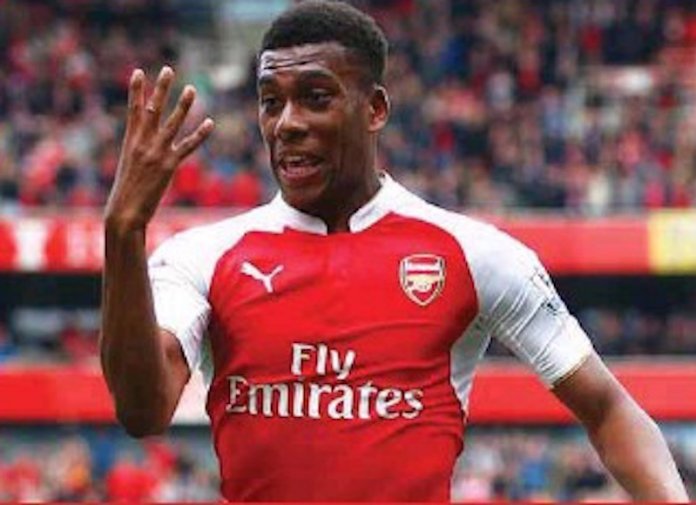 Nigerian international and Arsenal of England midfielder, Alex Iwobi will be competing with Liverpool duo of Mohamad Salah and Sadio Mane and Gunners teammate, Pierre-Emerick Aubameyang after the Nigerian youngster made the 10-man shortlist for the CAF Africa Player of the Year.

Iwobi enjoyed a brief run with Nigeria in the build-up to the World Cup and found his spark inside two months under new Arsenal Manager Unai Emery.
The shortlisted nominees would be decided by votes from the members of the CAF Technical and Development Committee.

The final phase will involve votes from CAF media experts, Legends, Coaches of the quarter-finalists of the CAF Champions League and CAF Confederation Cup, and Coaches and Captains of the 54 Member Associations.

The Awards Gala to honour footballers and officials who distinguished themselves during the year under review will be held on Tuesday, 8 January 2019 in Dakar, Senegal.
Meanwhile, Iwobi’s Super Eagles teammate, Wilfred Ndidi made the final three-man shortlist for the Youth Player of the Year.

Super Falcons and the team’s Head Coach Thomas Dennerby made the final three for the Women’s National Team and Women’s Coach of the Year categories.