Aside the conventional, and sometimes, cutthroat competition to be market leaders, the shylocks in charge of Nigerian banks have another mutual and ego-driven rivalry; it is to outdo themselves in who throws the gaudiest and most expensive end of the year party. What is supposed to be an avenue to let hairs down from the drudgery and dreariness of banking duties, to mingle and generally merry, has been turned into an ego trip, a personal reflection of the debauched lifestyle of this stylish and obscenely wealthy bank MDs.

Indeed, over the years, Nigeria’s new generation MDs have taken the art of throwing their annual end of the year parties to another level. Gone are the days when banking premises, redecorated with simple tents, were enough to have an end of the year party. These days, the banks struggle to hire the expansive Expo Hall of the Eko Hotels and Suites, which they turn into a concert ground with a line up of wave making entertainers and the finest hospitality imaginable. They also spend money on importing expensive and colourful fireworks, champagnes and cognacs to fete their staff and cronies. This year, Access Bank showed class withe the end of year party. It was star-studded!

This year, Guaranty Trust Bank held its end of the year concert on Water Corporation Drive, Oniru Estate Victoria Island. If the bank’s staff had fun, the majority of Lagosians around that axis groaned endlessly as the entire area was shut down due to the traffic gridlock the bank caused. Asides the traffic issues, the guests thrilled to delightful music, their hair stood on end and they tipped over in merriment – their joy spilling from their souls into the air and sky high into the blue firmament. The venue exploded inwards and outwards in colorful bursts, the bass and treble guitars black strumming and buzzing to mesh with the cymbals and drums in a thunder clap. Enthralled, the guests moved in gaiety, tap dancing and swaying to the beat as if they meant to enact a beach rave or simulate an indoor Ibiza.

Fidelity Bank used the Eko Hotel to party and with more elevated entertainment. The bank has been using since the end of year party craze began. Early in December, the Bank held its party with the theme, ‘Doing Good’, and had the impressive attendance of billionaires Aliko Dangote and Femi Otedola among other high profile guests. As usual, the party was filled with fun as there were music, dance, food and drinks to whet the appetite of several guests at the function. For the UBA, the scenario is not any different; its own party too is as elaborate as it resonates. 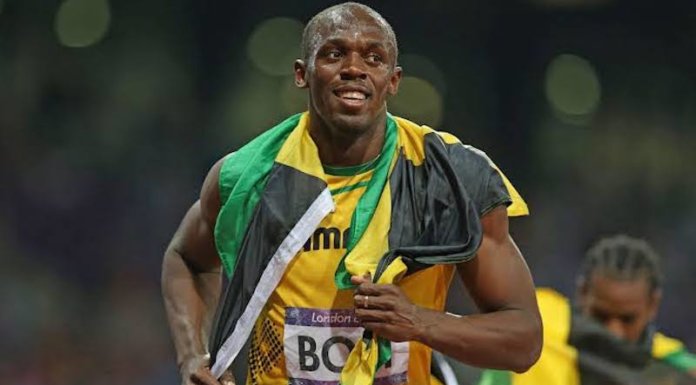 Usain Bolt: Too Late to Make a Comeback