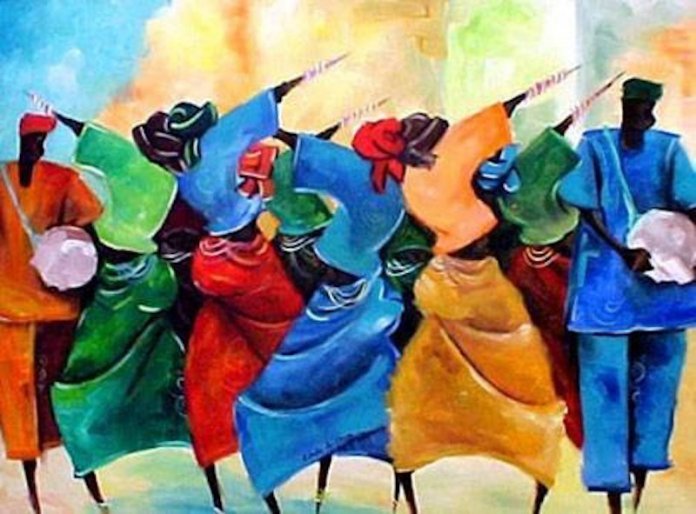 Artists do not come of a harder hue than light-skinned sculptor, painter and poet Chidi A. Okoye. A firm believer in the creative enterprise, Okoye has applied his art diligently in Nigeria, Canada and the United States, surmounting all kinds of institutional obstacles. He remains undaunted in his quest for excellence, daring all odds. His drive brought him in contact with the equally determined Dr (Mrs) Sally Mbanefo, the Commissioner for Diaspora Affairs, Indigenous Artworks, Culture and Tourism of Anambra State. Mbanefo who incidentally started painting as a tender teenager knows an original when she sees one.

The collaboration of Mbanefo and Okoye could not have come at a more opportune time. Okoye has since set to work, rebranding Mbanefo’s ministry in the Jerome Udoji Secretariat, Awka, Anambra State into a permanent art exhibition centre with exquisite sculptures, paintings, lush carpet, grass and flowers.

Governor Willie Obiano had headhunted Mbanefo into the service of Anambra State after her posting as the Director-General of Nigerian Tourism Development Corporation (NTDC) in Abuja by adding to her portfolio the novel “Indigenous Artworks” facet. It is in the pursuit of the promotion of indigenous artworks that Governor Obiano took personal charge of commissioning Chidi Okoye’s “Mmilioma Anambra” foundational exhibition during the Anambra Homecoming Festival on Friday, December 14.

The Mmilioma Anambra Statue at the centre of the exhibition rotunda depicts a young maiden carrying a clay pot bearing water from the original source which she is poised to pour into a larger communal pot to be shared in the rhythms of life. The communitarian essence of Okoye’s Mmilioma symbolizes the watering of the Igbo spiritual bond of the land (ala), to wit, Mother Earth. This represents the renewal and restoration of Anambra as a new paradise holding aloft the light of the nation.

Chidi Okoye gives voice to his vision thus: “I pray and believe that Mmilioma Anambra will compel our visionary Governor and our royal fathers and mothers to see our highly needed place of Arts and Culture as a befitting state art gallery in Awka and engage a professional artist to manage our Arts Department for the economy we seek.”

Okoye got his higher training in art at the esteemed Institute of Management and Technology (IMT) Enugu when “IMT was IMT, the place to be for gifted artists.” A native of Nimo town in Anambra State, he undertook his National Youth Service Corps (NYSC) year after graduation in 1988 at Federal Polytechnic, Oko, where he then lectured for six years.

Mobil Producing sponsored his 1993 exhibition, “Textures of Life”, at the National Museum, Onikan, Lagos. The then Canadian High Commissioner to Nigeria took a liking to Okoye’s work and facilitated his travel to Vancouver, Canada, in 1994.

Settling into the artistic life in Canada was indeed difficult as he needed a work permit to sell his art. Even when a lady helped him to procure the work permit she tied into it the clause that he could only operate through her company without the option of leaving. Okoye had to perforce survive a herculean two-year immigration battle.

Even so, he had to face the daunting reality of refusal from Canadian gallery operators who declared: “We don’t do African art but modern art.” Okoye refused to be cast aside, and devoted time to convince the doubters that the modern art of Picasso owed a lot to African art by way of cubism.

He had to devise out-of-the-box means of survival. He saw some Ghanaian immigrants making cross-border travel to Seattle in the United States. He took his art to the streets, showcasing his works in restaurants, banks, different public places, anywhere people could see it. It was then the journalists started taking notice of him and writing about his uncommon enterprise. The galleries could not but now start asking for his works. A Vancouver journalist wrote a full-page article on him. Even in the US a Miami art dealer took charge of selling his works in the ship.

He persevered to create an outstanding body of work in sculptures, paintings, mixed media, drawings and poetry in the private and public art collections in Canada, USA, Italy, France, Ireland, Israel and Hong Kong. His 2006 “Drums and Dance” adorns the Head Office of Delta Airline in Atlanta, Georgia, USA.

Okoye came back to Nigeria in 2015, and instantly saw that things had really fallen apart in the country. His beloved alma mater IMT was now a poor shadow of its old self. The British Council that used to host artists in Enugu had left the town. He found that artists were now angling to become professors instead of creating artworks and exhibiting.

It dawned on him that Lamentation, the title of his first collection of poetry in 1992, came too early. Now was the real lamentation. It was against the general disillusionment that Okoye met Sally Mbanefo. Believing that art should propel the land, Okoye dares to lead by example without placing any premium on money.

He is now poised to build a gallery and generally turn the entire Anambra landscape into an estate of art. He strongly believes that with the art-loving Governor Obiano everything is possible, starting from the highly successful Mmilioma Anambra initiative.
–––Uzoatu writes from Lagos 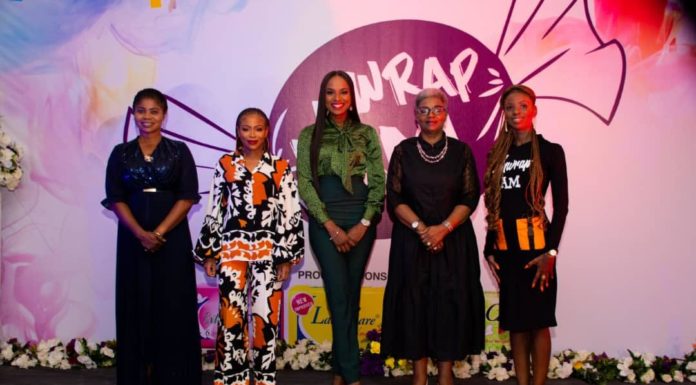