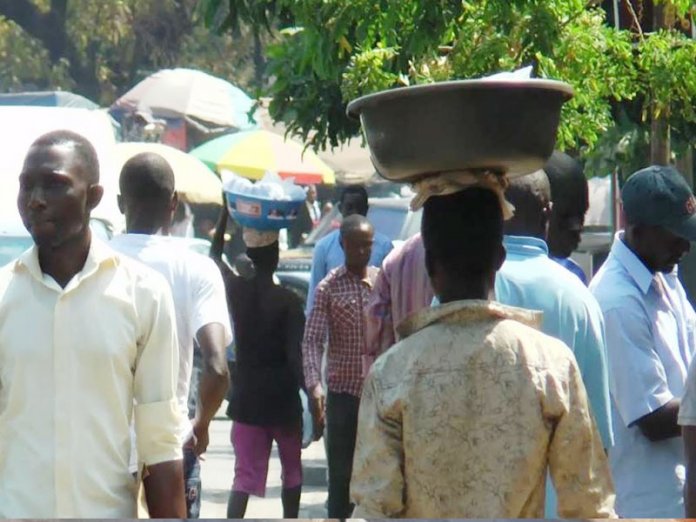 According to the Labour Force Statistics – Volume I released yesterday, the total number of people classified as unemployed-which means they did nothing at all or worked for a few hours (under 20 hours a week) rose from 17.6 million in Q4 2017 to 20.9 million in Q3 2018.

The NBS, however, explained: “Of the 20.9 million persons classified as unemployed as at Q3 2018 11.1 million did some form of work but for too few hours a week (under 20 hours) to be officially classified as employed while 9.7 million did absolutely nothing.

“Of the 9.7 million unemployed that did absolutely nothing as at Q3 2018, 90.1 per cent of them or 8.77 million were reported to be unemployed and doing nothing because they were first time job seekers and have never worked before.

It, however, pointed out that a rise in the unemployment rate is not entirely equivalent to an increase in job losses, adding: “Rather, an increase in unemployment can occur as a result of several reasons of which loss of an existing job is just one.”

A rise in unemployment, the NBS said, generally means that the number of people searching for jobs has increased, “which can occur because people previously outside the labour force – students and housewives, have decided to join the labour force and are now in search of jobs, or people previously working have lost their jobs and are now in search of jobs. Often, it is a combination of these two.”

Controversy had preceded the release of the unemployment statistics by the NBS.

The Statistician General of the Federation and Chief Executive, NBS, Dr. Yemi Kale, had refuted an online report that the presidency had asked him to doctor the country’s unemployment/underemployment data.

He had threatened to resign if he was asked to tinker with the data in order to favour the All Progressives Congress (APC)-led government.

The report had alleged that President Muhammadu Buhari had during a recent meeting of the Federal Executive Council (FEC) ordered Kale to change the high unemployment statistics and reflect the rising rate of employment in the agriculture sector.

Responding to the statistics, the presidential candidate of the Peoples Democratic Party (PDP), Alhaji Atiku Abubakar, has expressed serious concern over the hardship being experienced by Nigerians, saying the Buhari-led federal government is clueless on the way out of the unemployment problems confronting the nation.

Atiku said in a statement by his Special Assistant on Public Communication, Mr. Phrank Shaibu, that hopes for better governance and improved standard of living that many had nursed with the assumption of office by Buhari in May 2015 had since given way to despair and hopelessness.

He said a cloud of uncertainty now hangs over Nigeria, as millions of ablebodied men who are willing and capable are unable to access gainful employment.

Atiku said in the midst of biting unemployment and unprecedented level of insecurity, the APC-led federal government seems utterly clueless on how to arrest the situation, forcing many to conclude that Nigeria is fast becoming a failed state.

‘’In the midst of all these, the government through Vice President Yemi Osinbajo is spending money like drunken sailors, shelling out billions of taxpayers’ funds on Tradermoni, a crafty scheme to buy voters ahead of next year’s polls,” the presidential candidate said.