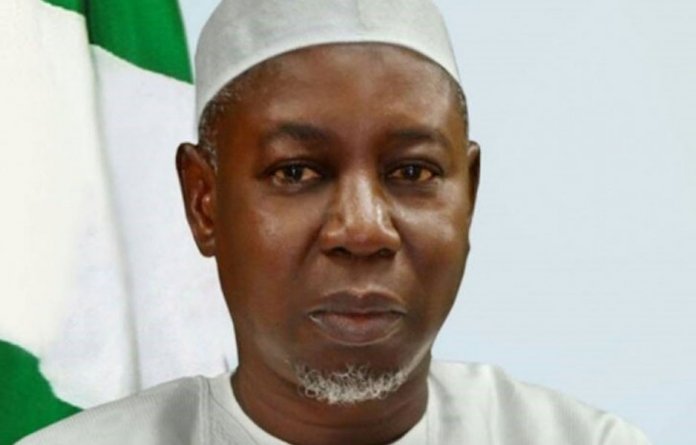 The Minister of Environment, Mr. Suleiman Hassan, on Monday said a draft national Forest Reference Emission Level (FREL) for the country will soon be ready for presentation to President Muhammadu Buhari.

He said the document represented an advancement of the earlier sub-national FREL developed under the United Nations Programme on Reducing Emissions from Deforestation and Forest Degradation (UN-REDD) programme and submitted to the United Nations Framework Convention on Climate Change (UNFCCC) after a successful technical assessment.

Buhari had during the 2015 United Nations Climate Change Conference (COP 21) in Paris, committed to 20 per cent conditional and 45 per cent unconditional emission reductions, which is the Nationally Determined Contributions (NDC) to global emissions reduction.

The minister noted that about 17 per cent of the global greenhouse gas emissions were said to be from deforestation and forest degradation with a large percentage believed to be from developing countries.

He stressed that the 3.7 per cent deforestation rate in the country was alarming and “must be put in checks”.

Hassan said the national FREL came in handy for the country “to gauge its performance not only in implementing REDD+ but also in meeting its commitment to the NDC”.

Speaking at the validation workshop on the draft FREL for the Government of Nigeria, he said FREL provided the baseline to demonstrate greenhouse gas (GHG) emission reductions or otherwise by implementing countries.

The event was convened by the Food and Agriculture Organisation (FAO) to allow stakeholders and experts from the 36 states of the federation to examine and give final nod to the draft policy before handing it over to the president.

The FAO Country Representative to Nigeria, Mr. Suffyan Koroma, said the objective was to allow a review and adoption of the draft report for the country prior to its eventual submission to the UNFCCC by January 2019 for technical evaluation.

He said the organisation had offered technical assistance in data collection on key pillars of FREL including forest carbon inventory to estimate the emission factors and land use mapping, change detection and accuracy assessment using Remote Sensing/GIS tools for Activity Data (AD) estimation.

Represented at the ocassion by Dr. John Fonweban, the FAO country representative added that estimates of the EF and AD had been used in the calculations of potential emissions in the past 10 years in Nigeria as well as documented in the draft FREL report.

Nonetheless, the minister, who was represented by Permanent Secretary, Federal Ministry of Environment, Mr. Leon Lawrence Alibo, noted that the country had made steady progress as a result of the additional financial support received from the Forest Carbon Partnership Facility (FCPF) of the World Bank which had enabled the expansion of readiness implementation to two additional states namely Ondo and Nasarawa in addition to Cross River State where pilot activities were undertaken with the support from FAO, UNDP and UNEP.

He said: “What we are witnessing today is the result of the FCPF financial grant which is being partly applied through the Technical Assistance Agreement (TAA) signed between Nigerian Government and the Food and Agriculture Organisation of the United Nations (FAO) to undertake the REDD Readiness in two additional states with respect to monitoring, reporting and verification as well as to develop the National FREL as an upscale of the sub-national FREL recently submitted UNFCCC.”

According to him, “Climate change is a global phenomenon with dire consequences on all of us without an exception unless efforts are doubled to curtail the trend.

“And I am optimistic that sooner than later, within the context of the international climate negotiations of the UNFCCC, Nigeria would begin to benefit from the potentially emerging performance-based system from REDD+.”