Atiku Flags Off Campaign, Says We Have a Duty to Arrest the Drift 21 hours ago

In Aggressive Bid to Tame Inflation, CBN Raises MPR to 15.5% 2 days ago

BACK ON THE POLITICAL BEAT 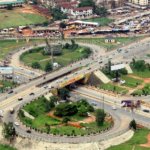 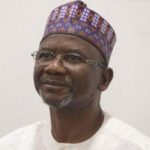 The Edo State Chapter of the Christian Association of Nigeria (CAN), the Pentecostal Fellowship of Nigeria (PFN) and other Christian groups have commended the strong synergy between the Governor Godwin Obaseki-led administration and religious groups in the socio-economic development of the state.

In his goodwill message at the 2018 Christmas Carol Concert, organised by the state government at Government House in Benin City, Chairman, Edo State chapter  of CAN, Reverend Oyonnude Kure, commended Governor Godwin Obaseki for his sustained collaboration with the church since assuming office.

“Governor Obaseki is ‘God’s servant governor’ and a man of action and vision. We thank God for his life and for piloting the affairs of the state with focus on the wellbeing of the people,” he said.

President of the Pentecostal Fellowship of Nigeria (PFN), Rev. Felix Omobude, urged Christians in the state to be patient as the best of Obaseki’s leadership style was on the way.

Omobude who was represented by his wife, Mrs. Abiola Omobude, expressed thanks to God for his mercy upon the governor, other members of his government and all Christians in the state.

Commending Obaseki’s achievements in the area of security, the Vision Bearer of Family Intercessory Ministry, Evangelist Margaret Agbonifo, noted that churches now organise crusades and other outdoor activities without apprehension.

The event was attended by Christian faithful from various denominations who were treated to a night of gospel music by various church choirs, including the Edo Philharmonic Orchestra, St. Joseph Catholic Choir amongst others.

In his vote of thanks, Commissioner for Communication and Orientation, Hon. Paul Ohonbamu, expressed appreciation to the Christian faithful and government officials for gracing the occasion.