The ICPC should get its facts right, argues Hamid Hendrix

Actions are governed by intentions. This is a very profound principle of divine justice in Islam which reflects the exalted insight into the essence of determining the true nature of the overt action of human beings from the inner impulses of the mind, known only to the Omniscient, rather than the “obvious” outward perceptions of the action itself. This underscores the sanctity of divine judgment. However, at our level as mere mortals, it often does not require divine wisdom to decipher the link between human action and the intended purpose of the action because of our imperfection. The same applies to the actions of our corporate entities which are, after all, imprinted with our inherent weaknesses.

A very revealing episode that captures this element of transparent treachery in the activities of human institutions ostensibly established to uphold rectitude and dispense justice has manifested in the recent outrageous outing of the Independent Corrupt Practices and Related Offences Commission (ICPC) through an update on an investigation into an alleged “misapplication” of N2.5 billion by the National Broadcasting Commission (NBC) in respect of payment to Pinnacle Communications Limited under the Digital Switch Over (DSO) from analogue to digital terrestrial television broadcasts.

The statement dished out by the ICPC’s spokesperson, Mrs Rasheedat Okoduwa, turned out to be the most disastrous display of the damning disparity between outward action and ulterior motive by a government agency that was established purposely to be “independent” of undue influences in combating corrupt practices in public institutions. Barely 24 hours after its self-indicting statement went public, the ICPC plunged from the heights of institutional probity to the valleys of villainous vendors of “corrupt practices and other related offences”!

The ensuing barrage of bricks and bats buried the ICPC/Okoduwa howler under a scandalous summation of terminological inexactitudes and unpardonable errors. An embarrassed NBC (renamed“Nigerian Broadcasting Corporation” by ICPC), and an array of commentators, turning the ICPC into an absurd caricature of a corrective commission.

Outside its quarantined quarters, there were deafening denunciations of the apparent hijacking of its investigative independence by a subterranean “Disgruntled Saboteurs’ Organization” viciously determined to destroy and pull-down the high-definition successes of Pinnacle Communications Limited and the NBC in turning the jinxed serially-postponed Digital Switch Over (DSO) from analogue to digital terrestrial television broadcasts into progressively unfolding impressive reality. This disturbing attempt by unscrupulous private interests to misuse a government agency such as the ICPC to sabotage a strategic national project like the DSO is yet another diabolical dimension to the vulnerability of important public institutions and their top officials to the deeply embedded cankerworm of corruption and a veritable vindication of President Buhari’s unyielding focus and determination to fight it on all fronts.

For the avoidance of doubt, there is no way for the ICPC to be so pathetically uninformed, and misguided on an issue as straight forward and well-publicized as the DSO Nigeria project as the Okoduwa statement exposed it, if it had genuinely and independently carried out investigations into the project in general and the payment of N2.5 billion in particular which was so obviously the bone of contention. How could it not have known the correct meaning of NBC, for example, and be referring to the defunct Nigerian Broadcasting Corporation, long-forgotten precursor of the Federal Radio Corporation of Nigeria? How could ICPC advertise its stark ignorance of the basic technical subject of the DSO being migration from analogue to digital terrestrial television signal broadcasting and not telephone as its Okoduwa “fake news” declared? How could the ICPC which is supposedly so far gone in its investigations into DSO, NBC and Pinnacle Communications Limited, issue a public statement whose references are replete with fiction, distortion and misrepresentation and other barely concealed prejudicial parodies of the well-documented pivotal and progressive role of Pinnacle Communications Limited in most eventful last four years of the chequered history of the DSO project?

Arguably, the most despicable aspect of the ICPC’s statement on so-called investigations into “misapplication” of N2.5 billion by the NBC is the manipulation of the narrative from update on investigation to speculative indictment by references to selected portions of “findings”? Apart from the ICPC’s uncharacteristic recourse to EFCC-style trial-by-media which must be linked to the loss of “independence”, this again raises questions about the sources of the litany of lies and other misleading contents of the Okoduwa statement since neither NBC nor Pinnacle Communications Limited could have been the source.

In the corrective context of the Buhari administration’s anti-corruption crusade, the mind-boggling matters arising from the ICPC/Okoduwa statement constitute a rude awakening to the infiltration and hijacking of a major “fixer” in its arsenal by the “disgruntled saboteurs organization”, targeting the Digital Switch Over, one of its high definition corrective achievements. The loud silence of the ICPC over this scandalous case of collective culpability in out-sourcing its strategic core mandate to unpatriotic enemies of progress demands a drastic and decisive dose of action, not just to save the DSO Nigeria project but also to salvage the ICPC, now the weakest link in the war against corrupt practices, in action as well as intention.

All Herdsmen Are Not Bandits

editor - January 23, 2021 1:55 am
0
COUNTERPOINT By Femi Akintunde-Johnson Nothing has changed since October 3, 2020 when this column ran a critical opinion against resumption of schools for Nigerian children,... 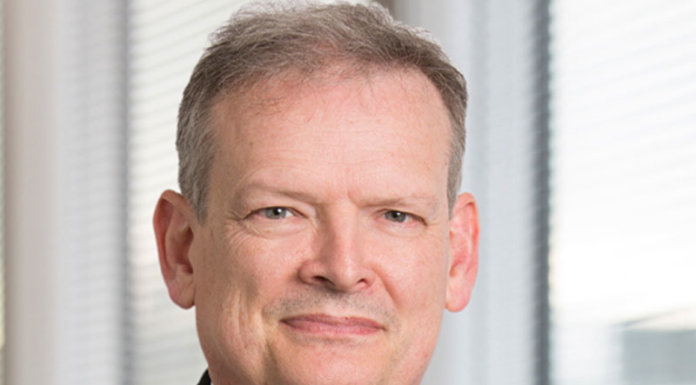