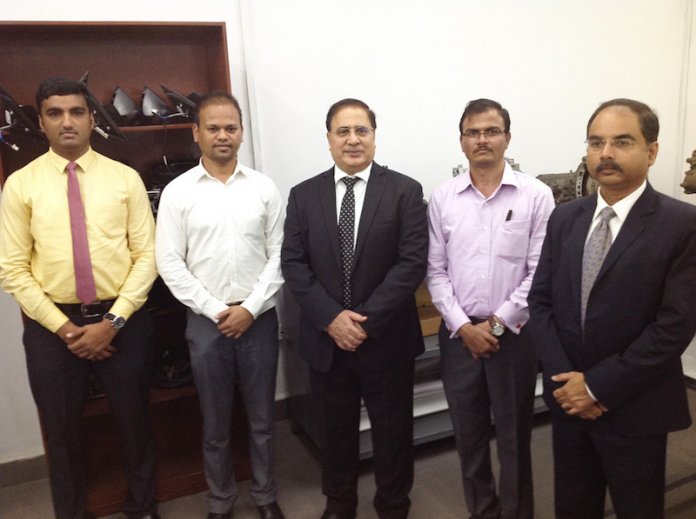 DataDot Technology South Africa (Pty) Limited, through its authorised distributor Stallion Motors Nigeria, has introduced a hi-tech digital security system uniquely designed to bring vehicle theft to an end, while also reducing the trade of stolen vehicles and parts in the country.

The digital security system known as DataDots uses the microdot DNA system that dates back to the 1800s, when they were first used during the Franco-Prussian War as a message system transported by carrier pigeons.

Also used in World War I and II as a means of passing messages through insecure postal channels, Microdot has undergone tremendous modification and is applied in multiple discreet locations on a vehicle to deter vehicle theft, while also making it difficult to trade parts in the car to unsuspicious buyers.

Already installed on all vehicles assembled and marketed by Stallion Motors, DataDot Technology ensures that micro-dotted vehicles including their parts are distinctively assigned with an identity that can be linked only to the rightful owner.

This coded identity could forestall theft, intruders and serve as deterrent to thieves while also making recovery of a stolen vehicle an easy task.

Stallion Motors Nigeria Managing Director Parvir Singh who gave this hint at the launch of the device in Lagos said: “DataDot has pioneered microdot technology in South Africa since 2001 and today, they are being used extensively to protect vehicles and assets.

“We are excited to introduce this new offering across Nigeria to enhance the positive experience of owning Stallion Motors’ marketed brands of automobiles just as we hope to extend the offer to all other brands sold and marketed by other dealerships.”

He said: “Microdot is marked, secured and ensures that your entire assets are uniquely marked with polymer particles of 1mm or 0.5mm in diameter called microdots, which are literally the size of a pin head that can only be viewed by a magnifier and traceable to the rightful owner.”

Also adding that the company is in talk with the National Automotive Industry Development Council as well as Insurance Companies and the Police, Mr. Singh said: “DataDot is the number one option for your theft prevention needs and it is virtually impossible to locate let alone removing the microdots, which makes it extremely difficult for thieves to sell micro-dotted assets without the fear of being apprehended.”

Stallion Motors who are vehicle assemblers and brand custodians of Nissan, Hyundai, Volkswagen, Honda and Changan brand of vehicles said: “We are proud to be part of a program which supports the automotive industry with the DataDot security product that gives customers peace-of-mind and enables us to increase trust in our brands.”

He urged motorists, fleet owners including truck and equipment managers to register their assets with DataDot to get the authorized representative DataDot App, which allows users to (i) link the DataDot PIN to the asset owner, (ii) allows users to share information, (iii) flag stolen vehicles and (IV) keep records of vehicle services.

DataDot Pepper spray according to Mr. Singh is a self-defensive tool against intruders and threats to the person as well as occupiers of the vehicle and above all, it represents a significant commitment to the very latest in anti-theft technology yet demonstrates the best ways of deterring thieves and making recovery of stolen vehicles and parts very easy.

The introduction of DataDot to the Nigerian automotive market marks a significant contribution of the Stallion Group to the growth of the automobile digital security system, using microdots. This unique competitive advantage should help bolster the sales of Stallion auto brands, opined Mr. Singh.