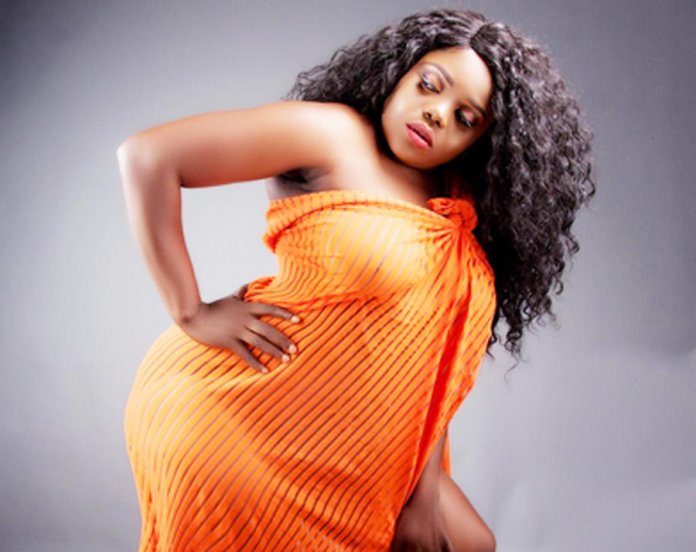 It is somewhat not unusual with Amadi Gift Chinyere (Chilly B), the budding actress who packs flair for singing and dancing, to be seen as vocal as she recently expressed with her lesbian experience, writes Ferdinand Ekechukwu

Amadi Gift Chinyere a.k.a Chilly B is better on the side of singing than acting. Other than her three singles, which includes ‘Wyne am go’, and a video, in addition to featuring in the cover of ‘Who You Epp’ a street anthem by YBNL’s lead man Olamide, the Theatre Arts Graduate of University of Calabar is more of an artiste than an actress.

Confirming her affection for her kind of music, she once disclosed that rap is the love of her life and it is the big reason she hasn’t been taking offers from Nollywood seriously. Fighting for Love, a 2018 Nollywood movie has it as her major movie appearance yet.

The fast rising actress cum rapper, Chilly B was quoted in a recent interview that Lesbians find her attractive and she likes taking their gifts. She disclosed that lesbians find her irresistible and splash her with gifts all the time. “Lesbians won’t let me rest! At a point I had to ask myself if I really looked like one of them. As we speak, I’m still struggling to understand my sexuality because even on movie sets, lesbians come after me and try to seduce me. On social media and everywhere, they’re always coming after me. They stalk me more than the guys but I must confess, I enjoy their gifts so I collect and enjoy myself.”

She added that “The most embarrassing ones are the guys that boldly advertise themselves to me. They are like ‘Hello ma, I’m good in bed! If you need a sugar son, I’m available.’ Some go as far as sending me their nudes, I have seen all kinds of male privates. That’s why I wear big dresses or joggers to conceal my curves especially in public places.’’

Since her discovery after she won Glo Mega Tour, Ajah 2017, the curvaceous entertainer has never relented on causing stir. She is noted for being such a sensation and fond of driving traffic to her Instagram page with sensual pictures, replete with videos of her lascivious dance moves to the delight of her followers.

Though it is somewhat not unusual with the budding actress, who packs flair for singing and dancing, to be seen vocal as she recently expressed with her lesbian experience, she had in some instance generalised that Nigerians pretend when it comes to matters of sex.

“Everyone knows about sex and have sex, but when someone is involved in a sexual controversy, Nigerians bring all the anger they have for Buhari government and unleash it on that one person. Nigerians can pretend about sex, even an unborn child can attest to it.”

With an undeniable talent and sex appeal, the proud curvy diva had taken advantage of being curvy as a plus to her career and life in general. “Being curvy has been a blessing to my career and my general life. Though sad people always want to drop negative comments, I know deep down they wish they have my kind of body.

“At first I use to be very embarrassed and would insult some people but then, I looked at my mentor Nicki Minaj and I see how she carries herself and appreciates her body. Since then, I love and flaunt my body. I deliberately flaunt my curves on some occasions, especially when I am the only curvy lady in the room. I flaunt it and I don’t send.”

One way she flaunts her derriere is dancing which has won for her, many hearts, at least, of those who love rap music, spruced with some electrifying sensual steps. She’s known to have described herself as she declared with a sense of pride that she’s extremely good at dancing, with specialty in ‘twerking. “I’m not trying to flatter myself or anyone but I am extremely good dancer.”

“Talk of any kind of dance, belly dance, hip hop or what have you, I am very good”, she adds, goofing by saying she could dance her way to the seat of power. “I would have become the first female president of Nigeria. I have been able to rise to prominence basically because of my dancing and I have been lucky no form of harassment has come my way.”